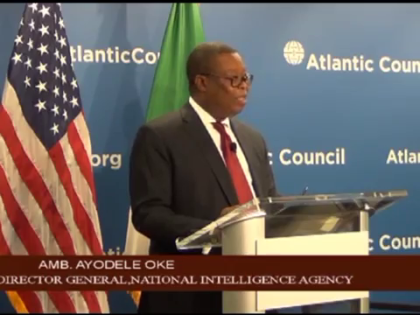 The International Community has been reassured that Nigeria remains committed to the sustenance of her democracy just as the fight against Boko Haram is recording a huge success for weeks now. The Director General National Intelligence  Agency, Ambassador Ayodele Oke and  Chief of Defence Intelligence Rear Admiral Gabriel Okoi gave the assurance while addressing those who lead and influence opinion in Washington.

The event was hosted by the Atlantic Council a body which seeks to promote constructive leadership and engagement in international affairs. 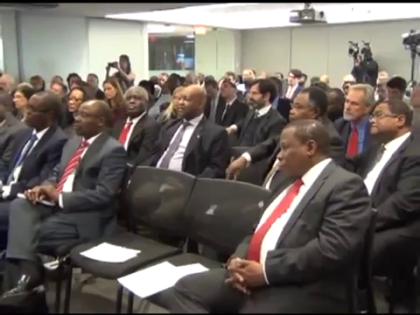 It was a platform to tell the Nigerian story as it is against perceptions and propaganda especially as it relates to the fight against insurgency in rescheduled 2015 general elections. The Director General National Intelligence Agency, Ambassador Ayodele Oke who spoke on insurgency in the North-east said,  Nigeria has now a upper hand as the joint military offensive by Nigeria, Chad, Cameroun and Niger, has driven the militants from their strong hold. He also stress the importants of real time intelligence from those who have it to successful prosecute the war. 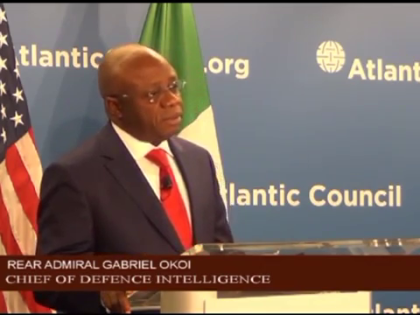 Chief of Defence Intelligence, Rear Admiral Gabriel Okoi in his presentation illustrated the communities that have been recaptured from boko haram, but noted that the refusal of the United States to sale weapons to Nigeria hindered cooperation between the two countries. They both gave their assurance that the 2015 general elections will hold as rescheduled.