When Asisat Oshoala signed for Liverpool Ladies, the first African footballer to join the FA Women’s Super League, the story was not just huge in Nigeria but all over Africa. The 20-year-old Super Falcons striker laden with awards and accolades – from the Africa player of the year, to winner of the golden boot and player of the tournament at the Under-20 World Cup – had a sensational 2014. It included winning the Africa Cup of Nations, and narrowly missing out on the U20 World title. No wonder Liverpool’s manager, Matt Beard, was keen to sign her. 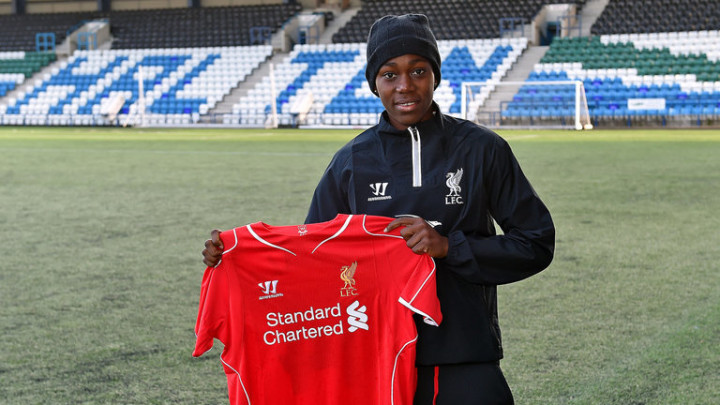 “The transfer made big headlines,” Oshoala says. “I never thought it would be as big a deal as that. When the news broke it went all over the African countries, I had journalists trying to contact me from all over.”

Beard believes “Superzee” or “Seedorf” – as she is nicknamed – is one of the top young talents in world football, and set to light up the Super League when the season kicks off on Wednesday. Rumours abound of multiple clubs having tried to sign her, but Oshoala prefers to emphasise how happy she is to have joined Liverpool.

“I liked the style of them,” she says of the club, whose matches she had followed online at home in Lagos. “It’s a team I’ve been longing to play for, I like to follow their games, and their league – the men as well. I also happen to be a Liverpool fan so it was easy for me to pick Liverpool.”

Last week the women’s team were invited to watch the men train at Melwood, and Oshoala’s Instagram account was peppered with selfies alongside Mario Balotelli, Daniel Sturridge and Kolo Touré. 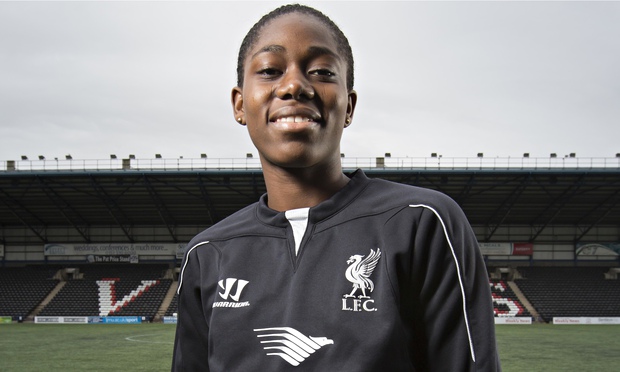 Initially Oshoala’s parents, running successful businesses in the fashion and gold industries, were concerned. “At the beginning they didn’t really appreciate me going into football. They wanted me to go to school. But I said: ‘It’s what I want. Football is what gives me happiness’. So they had no choice but to support me.” 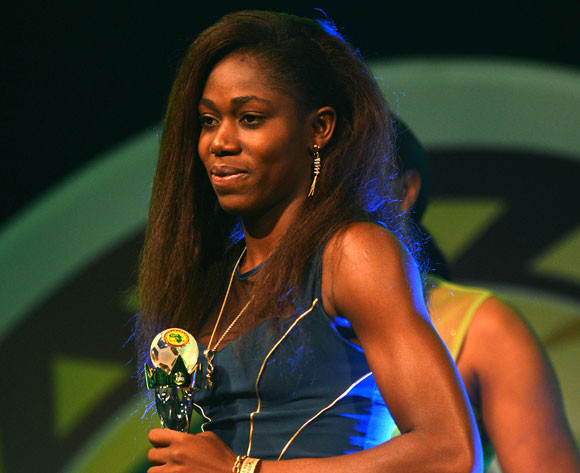 Rebelling against her parents’ wishes made Oshoala focused. “I told myself if I’m leaving school for football then I have to give the best and make sure I get something good out of football. Today I’m not regretting it,” she says, with a grin.

While Nigerian women’s football may not have a high global profile, an established league – where the top matches are often televised – provided Oshoala with a career path, and a number of players in whose footsteps to follow. Performers such as the Sweden-based veteran striker Perpetua Nkwocha, who won the Africa player of the year four times, and the midfielder Mercy Akide, both now in their late thirties, blazed a trail for Oshoala.

Now it is Oshoala doing the trailblazing, as the first African player in top flight English women’s football. Already she has a strong sense of the responsibility that accompanies that tag. “Going to England is not just about me, it’s about Nigeria as well,” she says. “A lot of people wouldn’t have thought that a Nigerian player can go out to play for a team like Liverpool Ladies so I think it will have a big influence. Most people follow the Premier League, but they don’t really know much about the women’s league here; now, because I’ve joined, they’re going to start following the WSL.” 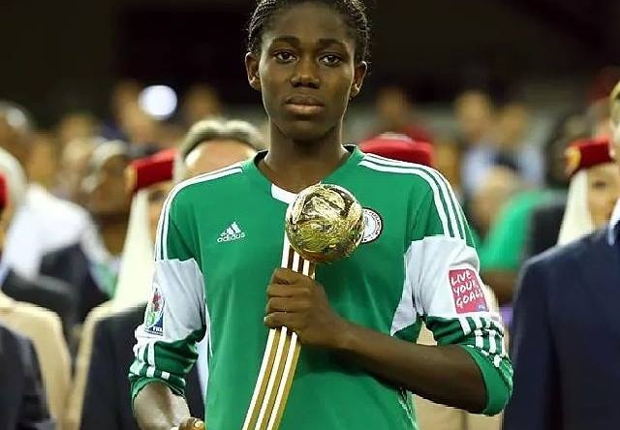 The Nigerian striker’s most treasured memory from last year was making it to the U20 World Cup final, where they narrowly missed out on the title, losing 1-0 to world No1’s Germany. Throughout the tournament Oshoala played a key role, defeating Mo Marley’s England side in the group stages and overpowering some of England’s best young talent in Sunderland’s prolific striker Beth Mead and the Arsenal and England youth player of the year, Leah Williamson.

Now Oshoala will face those same players week in, week out, starting with Birmingham City in the FA Cup on Sunday, before hosting promoted Sunderland, a game live on BT Sport, to kick off the WSL1 season on Wednesday.

Superzee leans back in her chair, with the confident aura of a superstar player who has bagged pretty much every award going over the last 12 months, and smiles. “This season, if everything goes well, which I think it will, I believe I will have another record-making year in 2015.”