Forecasting Boko Haram’s Next Cycle of Terror By Don Okereke 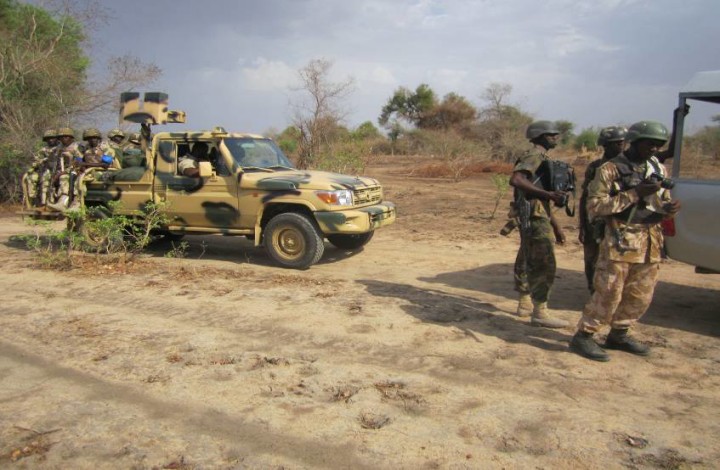 Nigerian military in Operation in the North-East

There is no gainsaying the fact that terrorism is a very complex, constantly evolving phenomenon with varying procedures and targets. It is dangerous to confine the inventiveness of man or of extremists. Terrorism basks on the duality of surprise and near unpredictability. Hindsight tells us that several terrorist incidents could have been pre-empted and frustrated if the security agencies were able to forecast probable scenarios and left no stone unturned in forestalling such.
While this essay is not strictly in the realm of ‘terrorism futures’ – a scientific approach that analyses, discerns or models the probability, modus operandi of terrorism; it is nonetheless aimed at (a) extrapolating plausible scenarios or maneuver that Boko Haram may adopt as the Sect re-strategizes in the face of the current onslaught against it and (b) nudging Nigerian military strategists, security agencies and policy makers not to relapse but rather to be proactive, think the unthinkable and up their game to avert unpleasant surprises or “failure of imagination” as some liken the September 11 terrorist attack where the “dots were not connected” prior to the terrorist incident.

Ramping Up Pressure On Boko Haram:
The Nigerian military seem to have found its mojo lately sequel to the postponement of the Nigeria’s general election for six weeks supposedly to enable the military rein in Boko Haram within that lag albeit wobbling to do so for more than six years. Kudos to the Nigerian military, Chadian, Nigerien, Cameroonian forces and the ‘technical advisers’, euphemism for ‘mercenaries’, for turning the table against Boko Haram. Basking on the current euphoria, Nigeria’s Chief of Army Staff – Lt. Gen. Kenneth Minimah was recently quoted as saying, ‘never again will Boko Haram humiliate the Nigerian Army’. Contrary to New York Times report that ‘Nigerian Army is noticeably absent in towns taken from Boko Haram’, the singsong from the military is how Boko Haram has been ‘flushed out’ from so and so town. No doubt the military is stretched right now and it is unlikely it can permanently occupy every inch of land retaken from Boko Haram. 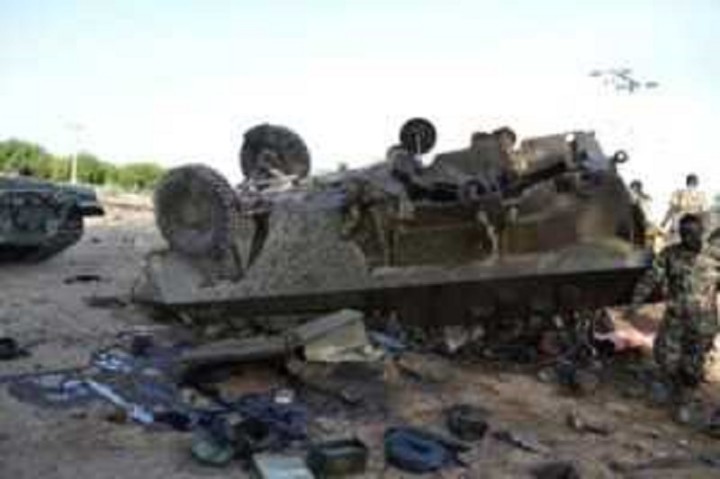 Some Hard Questions:
Granted the military has recorded successes in recapturing swathes of territories from Boko Haram but it is preposterous to presume that Boko Haram has been crushed and will just fizzle out. Yes, territories have been retaken but have you weaned or de-radicalized their warped ideology, mentality that fuels this bloodletting? Where exactly are remnants of Boko Haram adherents, fighters now? Have they all perished? Is it not possible they quickly melted into our midst? A recent United States intelligence report opined that Islamist militant group Boko Haram has about 4,000-6,000 “hardcore” fighters. If true, where are these fighters right now? There are reports that Helicopters supply logistics etc to BH, where are these choppers coming from? BH used a remotely controlled bomb sometime in Niger and even embedded over 1,500 landmines on the routes leading to the towns they captured earlier. Where are they getting this expertise from? Boko Haram is well-organized, financed and definitely have sponsors, who are they? Who supplies them petrol, arms, food stuff etc? What do we know about Al-Urwah al-Wuthqa the alleged media company that handles Boko Haram’s Social media activities and propaganda? We are told the military has retaken xyz towns from Boko Haram yet no news, no trace of hundreds of the abducted Chibok girls even when CDS Alex Badeh earlier claimed they knew where the Chibok girls are kept. 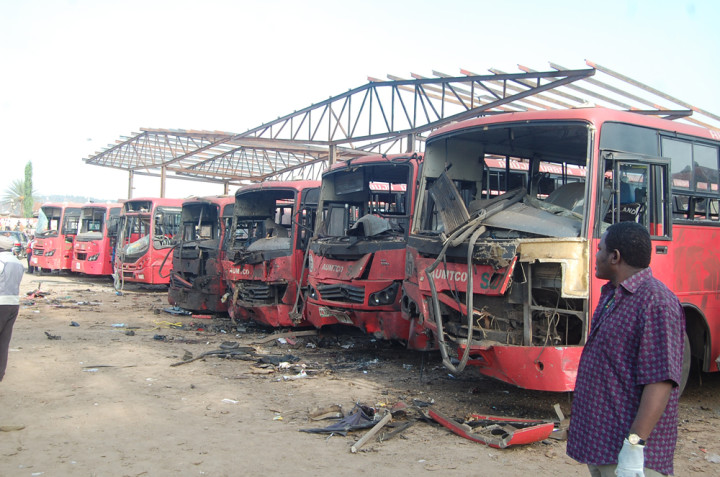 Boko Haram recently pledged allegiance to ISIS which the latter accepted. ISIS in Yemen claimed responsibility for the recent terrorist attack on a mosque that killed about 137 and wounded 350 people as well as the Tunisian Museum attack that killed about 20 people. Yemen is on the brink right now, the United States has pulled its remaining personnel from that country. ISIS reportedly posted purported addresses and photos of 100 US military they want supporters to kill. What are the far-reaching implications of Boko Haram’s allegiance, romance with ISIS in view of the foregoing? Does this alliance foretell Boko Haram’s regional or global ambitions, recognition or is it borne out of desperation? With this ‘unholy marriage’, it is probable both groups will be synergizing and bouncing off ideas from each other. With this alliance, we can safely say that an ISIS enemy is also a legitimate target for Boko Haram and vice versa.

Former president Obasanjo reportedly asserted that Boko Haram has ‘legitimate grievances’. What are these supposed grievances? Answers to these questions will go a long way in helping us understand Boko Haram; where they are coming from and possibly where they are headed. 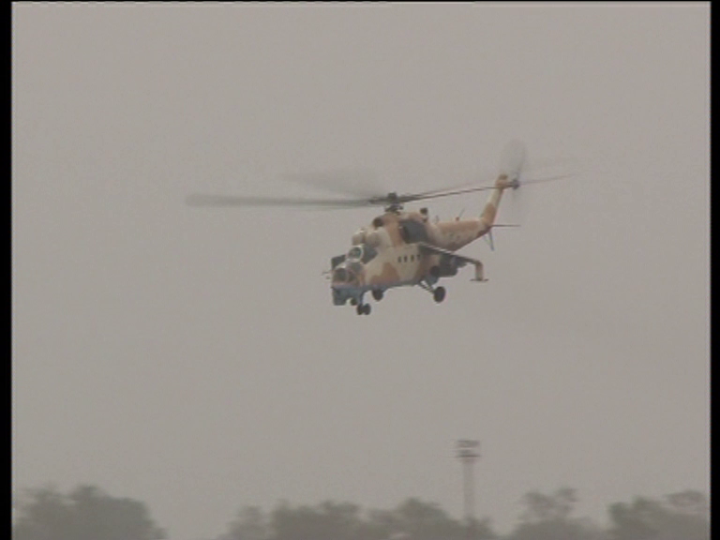 Predicting Boko Haram’s Next Cycle of Terror:
Sometimes to see the way forward, we must take some step a backwards: dissecting past, current trends/events, and indicators within and outside our clime. Nigerian security establishment and policy makers must do away with a penchant for kneejerk approaches, quick fixes and begin to be preemptive. In the words of Mr. President, “Probably at the beginning, we, and I mean myself and the team, we underrated the capacity of Boko Haram,”. No doubt Nigeria(ns) paid dearly for the poor oversight, lack of imagination of President Jonathan and his military/security apparatchik.

From staging hit-and-run attacks to bombing strategic targets, Boko Haram insurgency entered an unprecedented phase in 2014 when the Sect successfully ventured into amassing swathe of land. At the peak of its bluster, within six months, Boko Haram seized about 30, 000 square kilometers of land, an area almost the size of Belgium as part of its Caliphate. It was so surreal! 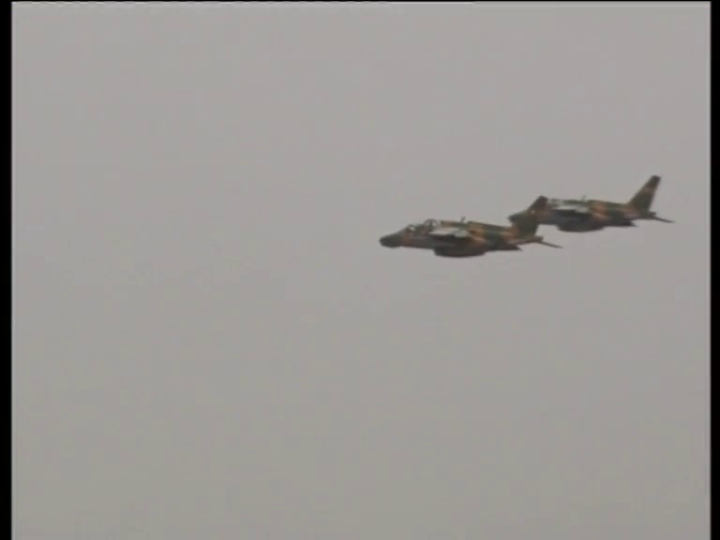 Boko Haram is surely using this interregnum to re-strategize and may likely revert to its trialled hit-and-run tactics (Guerrilla warfare) encompassing more suicide bombings, lone-wolf terrorism, targeting prominent individuals and attacking critical national infrastructures. Talking about thinking the unthinkable, can the Sect recourse to the use of chemical, biological, radiological, nuclear (CBRN) weapons, drones or cyber terrorism? Let us not be quick to conclude that these events are implausible. Recall an ISIS drone was downed recently. If Boko Haram could bomb the UN Headquarters in Abuja and also detonated a car bomb near a petrol depot in Apapa, Lagos state, can’t they replicate similar scenarios in any part of Nigeria they prefer?

Countering The Narratives of Boko Haram:
Experts agree that military action alone will not put an end to terrorism, extremism. Solutions must be proffered to the growing phenomenon of radicalization which is sweeping across the globe. Huffington Post reported that ‘20,000 Foreign Fighters Flocked To Syria, Iraq’ from around the world. Plausibly 600 ‘foreign fighters’ out of this number are said to be from the UK, the most prominent been ISIS butcher – Mohammed Emwazi a.k.a “Jihadi John”. Apart from the son of a former Chief Justice of Nigeria that allegedly enlisted to this fold. Intel suggests some Boko Haram members are currently undergoing training in the Syrian city of Raqqa. Do we have statistics of Nigerians that are possibly receiving training or fighting alongside the Islamic State as foreign fighters? 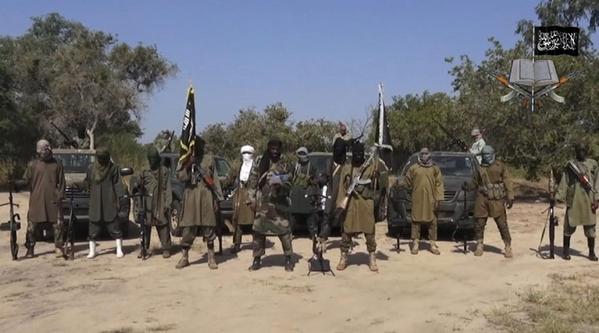 Robustly policing Nigeria’s 1,479 Illegal Porous Borders will go a long way in boosting national security. Also, rein in corruption; improve accountability and boost welfare, morale of troops. Nigeria needs a Public Early Warning System and a terrorism threat level indicator (the likelihood of a terrorist attack) in Nigeria. For instance, there are 5 classifications of likelihood of terrorism in the UK: (a) Low – an attack is unlikely (b) Moderate – an attack is possible but not likely (c) Substantial – an attack is a strong possibility (d) Severe – an attack is highly likely (e) Critical – an attack is expected imminently.

Military action alone will not quell terrorism. To this end, we also need a war of values and ideas; a concerted and multifaceted approach geared towards countering the narratives of warped religious ideologies which BH and their ilk’s relish and propagate. The current progress been witnessed in the fight against Boko Haram presents an ample opportunity to the office of Nigeria’s National Security Adviser (NSA), relevant government establishments, stakeholders and civil society groups to step up Countering Violent Extremism (CVE) programmes and de-radicalizing genuinely repentant religious fundamentalists. Laudably, the office of Nigeria’s National Security Adviser threw open channels of communication (phone numbers) through which the public can interface with it. Mr. NSA, kindly embrace Social media (Twitter etc) as well if you appreciate open-source intelligence, whistleblowing, unhampered feedback/information anonymously. 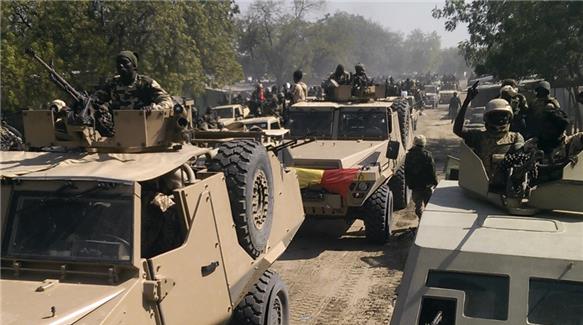 Regional Troops assisting in curtailment of the Boko Haram menance

Conclusion
Nigeria must not just win the battle but must win the peace as well. We must go back to the drawing board, understand and address the remote and immediate causes of insecurity in Nigeria. Nigeria’s counterterrorism strategy must be long-term and must envisage, have solutions to all possible scenarios of terrorism. It is not yet Uhuru; no room for complacency or pyrrhic dance now. Whoever wins the 2015 presidential election, arguably the most divisive and tension-soaked election in the history of Nigeria will have a lot on his table. A win or lose by either of the two top presidential candidates presents the following hypothetical outcomes: anger in the North (a fillip to Boko Haram), especially if the election/result is patently manipulated or rekindled unrest in the Niger Delta.

Nigerians Unite Against Insecurity, Terrorism and Insurgency. Terrorism knows no age, sex, tribe/tribe or religion. Think about this: terrorism destroys those who practice it, it ain’t worth it. Say NO to violence, bloodletting, terrorism. #TakeBackHumanity!