From the Frontlines: Updates On Nigerian Military engagement with Boko Haram in the North East

Nigerian military is currently fighting Boko Haram terrorists in Gwoza, which is the last major town under the control of the Terrorist sect –  down from 33 towns 6 weeks prior; the Nigerian Army as well as the Nigerian Air force have spared no resources in  Northeast Nigeria in a bid to reclaim territories initially captured from  Nigerian security forces  in Yobe, Borno and Adamawa State. Thus far, there have been successes and also failings, many Nigerian soldiers have died, all administrative districts in Yobe and Adamawa have been restored but more important is the degrading of Boko Haram capacity to cause terror by our armed forces. 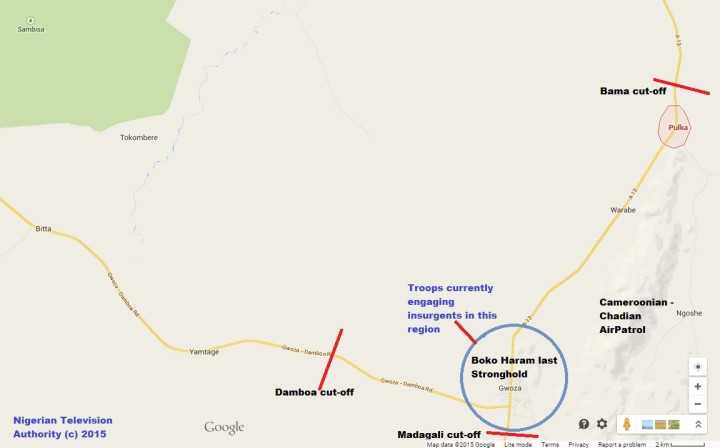 Many people have been displaced from their homes, but from recent field reports in the past weeks – relieve from the reign of terror might just be around the corner. We have compiled reports to highlight efforts of the military in curtailing this menace.

You can interact with us in the comment box below.