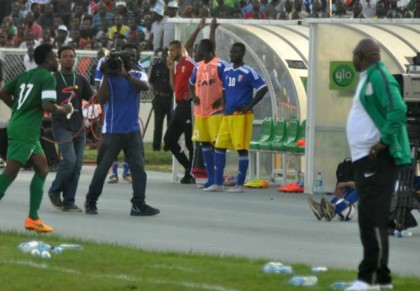 Ogenyi Onazi appoligised to his teaming fans and Nigerians on his red card issued close to the end of Nigeria vs Chad encounter.

The Super Eagles midfielder was sent off at the closing stage of the match due to unnecessary infringement that resulted to his sending off by the Nigerien center referee.

Posted on his twitter handle Onazi said “”That incident (of the red card) is not something I am proud of,” and again “I don’t have the reputation of losing my head on the pitch, it was an unfortunate event.”

“I regret putting my colleagues, who I left on the pitch, under a lot of pressure including the fans who came out to watch. I apologize for my actions and hope to learn from the experience to become a better person and player,”

[metaslider id=12045]
It will be recalled that Nigeria won that match 2-0 with goals from Salami and Ighalo who scored his first Super Eagles goal from the spot kick after creating assist for the first.