The new ‘Mario’ will let your imaginations run wild

Back in elementary school, when I was a video-game obsessed child, I would make up levels for “Super Mario Bros.” Well, maybe it was “Super Mario Bros. 3” — I can’t remember which game in the series, exactly — but the point was I’d take a blank piece of paper and draw a scene from a level that existed nowhere but in my imagination. It was exciting, this act of taking a real thing and adding my own unique gloss to it. On paper, I could create any gameplay elements you want — I wasn’t restricted to what the developers had squeezed into the scant memory of those blocky cartridges.

So naturally, I’m excited by “Super Mario Maker.” The game won’t be out until September, but it already has me considering buying a Wii U console just to play it.

The premise is simple: Players build new Mario levels within the framework of “Super Mario Bros.,” “Super Mario Bros. 3,” “Super Mario World,” or other classic games from the series, or simply browse the levels other people have played. The trailer is pretty brilliant: It starts with the legendary-to-gamers opening moments of the first Mario game, but pretty quickly some unexpected elements appear, hinting at just how easy “Super Mario Maker” will make it to riff on established themes and game-design ideas.

Nintendo is also building a fascinating-looking social infrastructure into the game. As the gamer’s guide Kotaku reported last week in a blog post, “Mario Maker” players will be able to choose particular level-builders to follow. Levels will be rated by other players, and the number of times they’ve been played will be public. It stands to reason that after the game’s release, a number of gamers will emerge from the online woodwork and develop reputations as extremely talented designers of challenging, inventive levels. 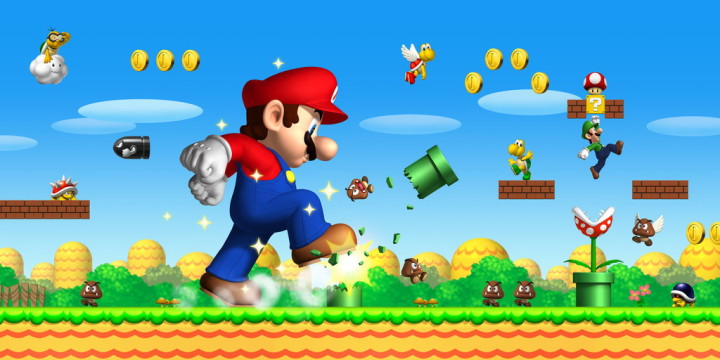 The natural comparison is, of course, to “Minecraft,” which is all about people building big, ridiculous worlds, up to and including giant replications of the USS Enterprise and the entire continent of Westeros from “Game of Thrones.” “Mario Maker” won’t be nearly so free-form, of course — the whole point is that the creativity is channeled within the sidescrolling Mario framework — but I’m still anticipating some insanely imaginative and fun levels.

Now, there’s always a chance that a game like this can fizzle. Maybe the creation tools won’t be intuitive enough, or maybe people will just get bored. There have, after all, been online tools released before that let people build their own Mario levels (albeit ones that require a bit more technical expertise than “Super Mario Maker” will). Still, I’m optimistic.

Multiple generations have now been exposed to Mario, and there’s got to be a lot of pent-up creative energy. I almost want to go back to pen and paper and start designing levels right now. Have fun gaming folks!