That’s right, one country on one continent, has three different athletes representing three different continents. How to explain this? You can blame a badly-run sports administration and a scarcity of resources needed to keep finely-tuned athletes at the top level. And, of course, personal ambition is also a factor. 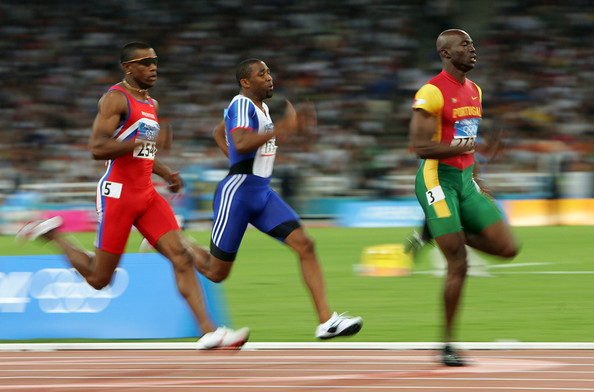 Francis Obikwelu competing for Portugal in the men’s 200 metre event on August 24, 2004 during the Athens 2004 Summer Olympic Games

Take the case of the European record holder Francis Obikwelu, 36, who left his homeland as a teenager and settled in Portugal. He continued to represent Nigeria until 2001. The circumstances that led him to switch nationality were unfortunate. After suffering a career threatening injury at the 2000 Sydney Olympics, the Athletics Federation of Nigerian abandoned the star in his hour of need. Not only had he to foot the medical bills himself but also spent a few months in hospital recuperating after surgery complications led to a blood clot. A year later he became a naturalized Portuguese citizen and his silver medal performance at the 2004 Athens Olympics was his career best as he set a European record of 9.86sec. The record is still standing. 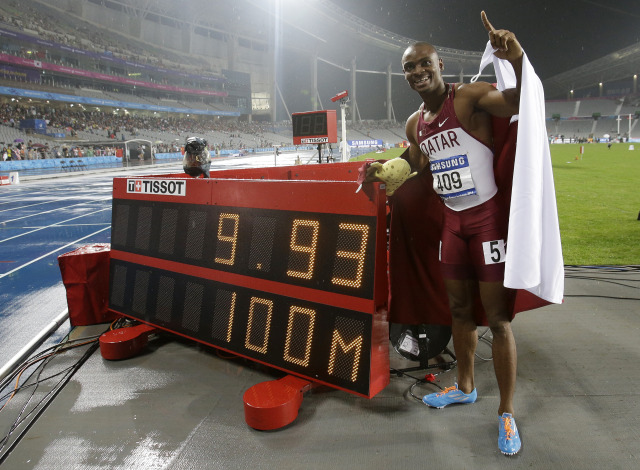 Asia’s fastest man is Femi Ogunode, 24. He has said the move to become a Qatari national in 2010 was a calculated risk that paid off. He alleges nepotism and corruption in Nigerian athletics. Last year, he set a career best of 9.93sec at the Asian Games. This April he ran a few seconds faster to set the Asian record of 9.91sec at the Asian Athletics Championships. 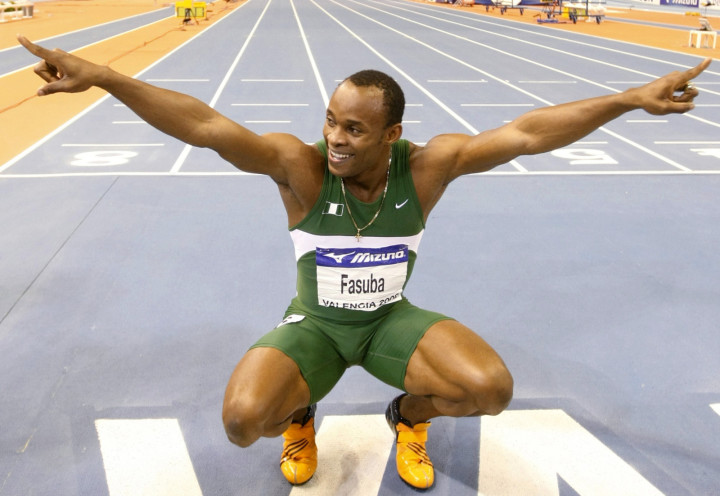 The one who stayed is sprint master Olusoji Fasuba, 30, whose 9.85sec record is yet to be broken since 2006. This was a one-hundreth of a second better than the old record of 9.86sec that was set by Namibian track and field legend Frankie Fredericks for a decade. Fasuba is currently the ninth fastest 100m runner ever with a time below the 10sec mark.
It’s becoming something of a more frequent narrative for African athletes to leave their home countries and switch nationalities after facing perennial frustrations with how their local sports bodies are managed. Career civil servants with no sporting backgrounds bungle the administration of the sport by turning them into citadels of corruption and inefficiency.
In 2011, the African 100m record holder, Fasuba predicted African sprinters will continue to be underachievers, unless they get proper training facilities and adequate remuneration. As a result well-funded athletic bodies from rich countries eager to be competitive and boost their national pride by any means necessary exploit the situation by coming to lure Africa’s young talent.
An African problem

While several European countries and the US have taken African athletes, Qatar, Bahrain and the United Arab Emirates have been more aggressively pursuing talent from the continent in the last decade.
Last year there was a somewhat farcical scenario at the Asian Games in Incheon, South Korea when 14 of the 22 individual running events were won by athletes of African origin who had switched nationality. China’s Su Bingtian, who came second to Ogunode at last year’s Asian Games, told AFP that the Gulf states’ African contingent is “unfair”, because “they are taller and have a longer stride,” meaning Asian born athletes are at a physical disadvantage.
Nationality transfers by African athletes are not just limited to Asiatic countries but Europe and the US are some of the biggest beneficiaries. Star athletes from Ethiopia, Kenya, Morocco, have mostly gone to represent Nordic countries such as Finland, Denmark, Sweden among other countries.
While African countries are busy exporting talent elsewhere they have no means to keep young talent or attract foreign based athletes to return.