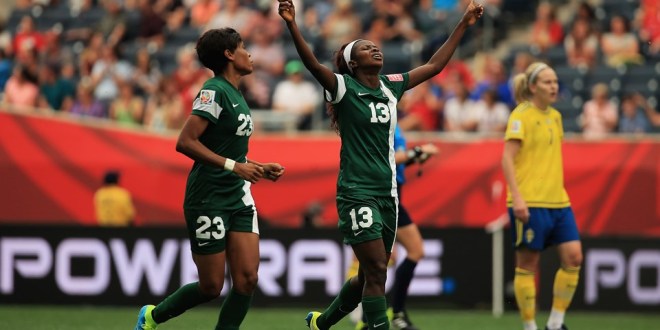 Okobi had a breakout performance in the FIFA Women’s World Cup 2015. She scored a goal and provided two assists in Nigeria’s stellar draw against Sweden in their opening match of the tournament. She was involved in all three of Nigeria’s goals and earned Player of the Match honors.

Nigeria played in Group D, dubbed the “Group of Death.” Unfortunately for the Super Falcons, that moniker proved to be true and Nigeria finished last in the group thus ending their World Cup dreams. Okobi, who made her Nigeria debut in 2010, has 25 caps and three goals.

“It’s a dream come true to be playing for the Washington Spirit and an opportunity to showcase my talent to the world,” said Okobi. “Thank you to all the Spirit staff, especially coach Parsons. I am looking forward to a great season in Washington.”

Okobi will be joining two other Nigerian national team members on the Spirit roster – forward Francisca Ordega, who has been with the club since the beginning of the season, and newly signed center back Josephine Chukwunonye. Okobi and Chukwunonye most recently played club soccer in Nigeria for opposing clubs. Okobi played for the Delta Queens; meanwhile, Chukwunonye starred for the River Angels.

“I am delighted that Okobi will be joining us,” Spirit general manager and head coach Mark Parsons said. “She is a talented player with great character and exceptional potential. We look forward to welcoming her to DC and getting her on the pitch.”