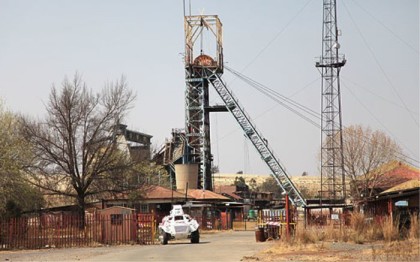 Relatives of the Nelson Mandela and South African President Jacob Zuma acted in a reckless and fraudulent manner when they stripped the assets of two mines operated by their company, a court ruled on Thursday.

Judge Eberhard Bertelsmann ordered the directors and associates involved in Aurora Empowerment Systems to pay shareholders and liquidators 1.7 billion rand ($140 million) compensation for their role in the demise of the operations, which left thousands of workers jobless and destitute.

“The judgment today is a victory for these poor mineworkers. Thousands of these workers are trapped in abject poverty,” the National Union of Mineworkers (NUM) said in a statement

It said it had instructed its lawyers to meet the liquidators to make sure miners who lost their livings got some of the compensation.

Zondwa Mandela — a grandson of the late anti-apartheid hero — and Zuma’s nephew Khulubuse, were directors of Aurora, appointed in 2009 to manage two gold mines near Johannesburg after the Pamodzi Gold company which ran them went into liquidation.

Aurora did not have the capital needed to keep the mines running and the operations ground to a halt, with assets removed and miners left in the lurch, said the court.

“Their disregard for the consequences of their actions both in respect of the insolvent companies and in respect of the mine’s workforce was indisputably reckless,” Bertelsmann told the Pretoria High Court as he delivered his verdict in a televised address.

“The entire project was and remained a pipe dream.”

Khulubuse Zuma’s spokesman Vuyo Mkhize told the state broadcaster he was considering appealing against the decision.

Aurora’s acquisition of the mines was held up in the media as an example of how well-connected members of the political elite often get preferential treatment in Africa’s most advanced economy.