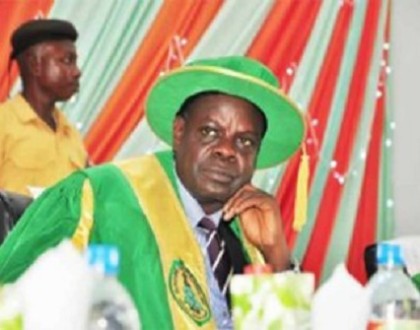 The body of the former Vice Chancellor of Federal University of Technology, Akure Professor Albert Ilemobade who was said to have been kidnapped has been found dead in the generator house of his residence at Ijapo in Akure, Ondo state.

The Ondo state police Public Relations Officer, Wole Ogodo confirmed this in a statement. The police alleged that late Professor Ilemobade’s former driver and gateman killed him in house and made away with his Toyota jeep vehicle.

Adding that luck ran out of them as the police intercepted the vehicle at Idiroko, Ogun state which led to the arrest of the suspects and eventual discovery of the late Professor’s body at the generator house. The decomposed body has been deposited at an undisclosed mortuary in Akure. The deceased was said to have been kidnapped last Sunday when his where-about unknown.