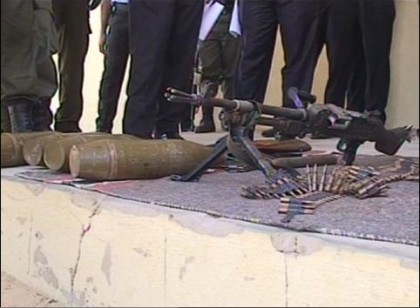 Yobe state Commissioner of Police Markus Danladi who briefed journalists after displaying the recovered items urged people to remain calm as terrorists will soon be rooted out from the society.