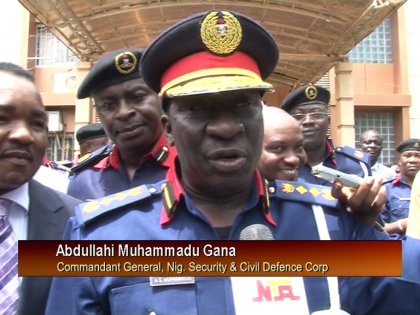 The newly decorated Commandant-General of the Nigeria Security and Civil Defence Corps Abdullahi Mohammadu Gana has pledged to redouble efforts of the agency in curbing oil theft and pipeline vandalism in the country. 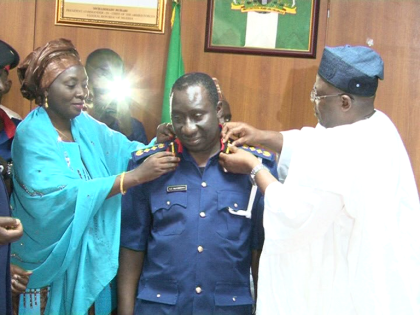 The commandant-general said this during his decoration in Abuja. A new chapter begins. His predecessor has set the bar high and now it’s his task to move the Nigeria security and Civil Defence Corps a notch higher. Abdullahi Mohammadu Gana was the Assistant Commandant General of the Corps before his elevation. Now the buck stops at his table.

He is assuming the headship of a paramilitary organisation that constantly battles pipeline vandals and has its hands full in protecting critical national infrastructure.

For the fulfilled husband and boss, surpassing the records of his predecessor is key, but protecting national interest remains sacrosanct. Permanent secretary of the ministry of interior believes the new man will bring his experience to bear on the new assignment.

Nigeria is said to lose about 300 million dollars annually to pipeline vandalism. If Abdullahi Gana is to justify the confidence reposed in him, he must work along with other agencies in blocking the leakages that contribute to loss of crucial revenue.