The Emir of Kano, Alhaji Muhammad Sanusi II, on Monday urged Nigerian pilgrims to accept the arrangement of Saudi Authority on throwing stones at the Jamarat (stoning site).
Sanusi, who is also the Amirul Hajj and Head of Nigerian pilgrims for this year’s Hajj, said pilgrims should respect the arrangement of the Saudi Authority and perform the throwing at the arranged times.
“Grouping pilgrims to do the throwing and spreading the time to include the period of Zawal (sun rise) is necessary to protect lives of pilgrims.
“On many occasion, pilgrims have been killed at the stoning site from stampede arising out of thousands of pilgrims converging to do the throwing at the same time, among number of causes,’’ he said.
He recalled that 266 pilgrims died and 98 injured at the stoning site in 1994; 251 pilgrims died in 2004, and in 2006, 346 lost their lives.
“All these incidents happened at the Jamarat. The frequency and sheer enormity necessitated the following arrangement of the concerned authority by performing the ritual in a way that will protect human life.’’
He said that if performing the ritual before sun rise, protection of life will be achieved, then the fundamental objective of Sharia were fulfilled at the level of absolute necessities. 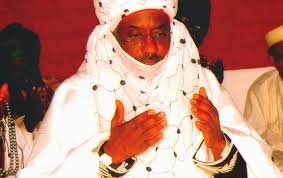 The emir also said that loss of lives as a result of stampede and overcrowding was a harmful act and its elimination by grouping the pilgrims to do the throwing at different times of the day, including before Zawal, would eliminate the ham.
Sanusi said there was no explicit statement from the deeds of the Prophet Muhammad that invalidated throwing at the Jamarat before sun rise, which was one of the reasons for the differences of opinion of the jurists on the matter
He, therefore, enjoined pilgrims to follow and observe the instruction of the authorities in performing the rituals of throwing stones at the stoning site.