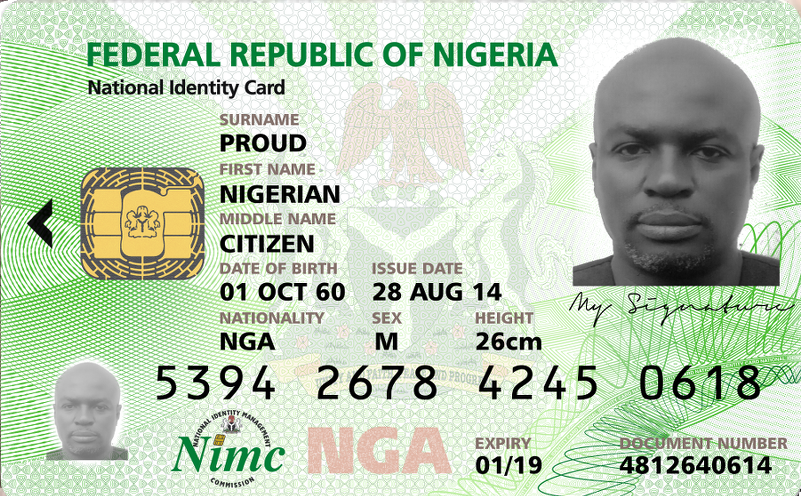 The Nigerian military authorities have issued a red alert against the prevailing incidences of unauthorized reproduction of the national identity cards by some unscrupulous elements in society.

In view of the prevailing racketeering, the Defence Headquarters hereby warns members of the public to be mindful of getting their national identification from sources other than the National Identity Management Commission (NIMC) as such acts of illegal reproduction of the national ID cards could engender a serious security breach in the ongoing counterinsurgency operation in the northeast,

The public are also warned that the approved national ID card which is a chip-based card, has over eighteen security features some of which are not visible to the naked eyes distinguishing it from any of its kinds and can only be issued by the NIMC. The printing which is by laser engraving stands it out easily.

The implication of fake national ID cards in circulation is that Boko Haram terrorists in the northeast also used similar method of identification for their members in the past who were nabbed by the military and paraded before newsmen.

The general public should guard against patronizing unauthorized agents to obtain their national identification as there are racketeers issuing fake cards for monetary and criminal gains. This would go a long way to assist the security forces in the containment of infiltration of illegal aliens who may wish to acquire the cards to legalize their migration into the country to support the terrorists in the fight against the Nigerian Armed Forces.
The DHQ hereby appeals to members of the public to report any attempt by unauthorized persons to issue, at any point in time, cards similar to the national ID cards to the security agencies. Security, he said is a collective concern of every citizens.