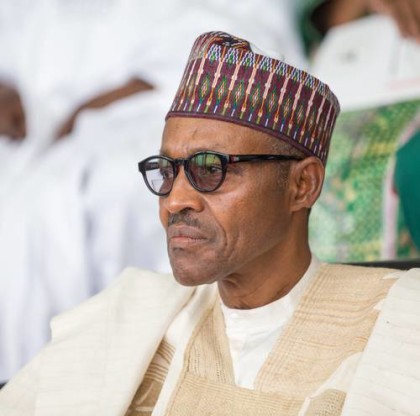 President Muhammadu Buhari said Wednesday in Abuja that he remained fully confident that by the end of this year, Boko Haram’s ability to attack, seize, ravage and hold any Nigerian territory will have been completely obliterated.

Speaking at an audience with the Commander of United States Africa Command, Gen David Rodriguez, President Buhari said that with greater support from his administration in terms of improved training, equipment, logistics and welfare, the Nigerian Armed Forces were now well positioned to meet the December deadline which they have been given to end the Boko Haram insurgency.

The President seized the opportunity of General Rodriquez’s visit to restate his appreciation of the United States’ support for Nigeria’s efforts to overcome terrorism and insurgency.

“We must thank the United States of America for sending training teams and equipment to us. The positive results of our collaboration are evident.

“Structured attacks by the insurgents have reduced and by the end of the year, we should see the final routing of Boko Haram as an organized fighting force, ” the President said.

President Buhari appealed, however, for greater cooperation from the United States in securing the Gulf of Guinea through which stolen Nigerian crude oil is shipped abroad.

Decrying the severe revenue losses which Nigeria suffers from crude oil theft, President Buhari said that his administration was determined to end this criminal practice and would welcome more support from the international community in this regard.

General Rodriguez told President Buhari that he was in the country to strengthen Nigeria/United States military relations, and also explore further options for assisting the Multinational Joint Task Force established by Nigeria and her neighbours, to fight Boko Haram.