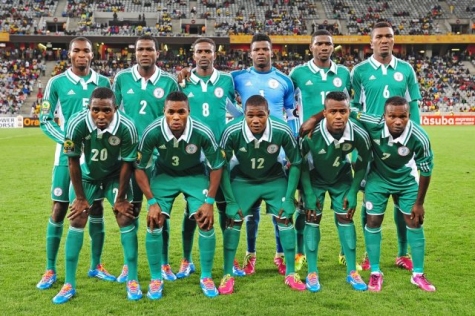 Nigeria To Play 2016 CHAN Qualifiers Against Burkina Faso on Saturday

The Nigeria Football Federation (NFF) on Wednesday said the 2016 African Nations Championship (CHAN) qualifier between the Super Eagles and Etalons of Burkina Faso would now hold on Saturday.

The News Agency of Nigeria (NAN) reports that the 2016 CHAN final round first leg qualifier between the home-based senior national teams was earlier scheduled for Sunday.

In a statement on its website, the NFF however said the match’s venue remains the Adokiye Amiesieamaka Stadium in Port Harcourt, with kick-off scheduled for 4 p.m.

Already, the Confederation of African Football (CAF) has appointed Boubou Traore from Mali as the Centre Referee for the encounter.

NAN reports that Angolan Pedro De Morais will be the Match Commissioner.

Meanwhile, a total of 25 players are in the Nigerian team’s camp in Port Harcourt under the watchful eyes of assistant coaches Salisu Yusuf and Alloy Agu.

NAN recalls that Nigeria failed to qualify for the first two editions of the competition, which is reserved for senior players plying their trade in their country’s domestic league.

The winner over two legs will be eligible for a place at the 4th African Nations Championship taking place in Rwanda early next year.