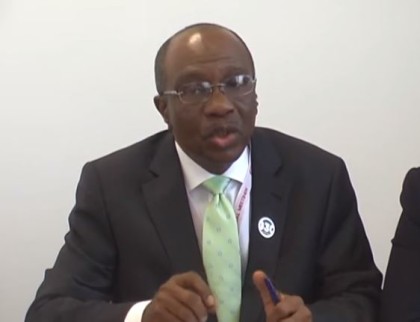 The Nigerian delegation to the IMF World Bank meeting says the nation’s economy is not threatened by recession as it continues to attract high interest of potential investors.

The leader of Nigeria’s delegation to the just concluded IMF World Bank Annual Meetings in Lima, Peru and Governor, Central Bank of Nigeria, Godwin Emefiele stated this during a Media Briefing.

The CBN Governor assures that Nigeria’s economy is not threatened by recession. That undergoing global economic uncertainties resulting from drop in commodity prices and other volatile-ties.

The delegation who also met with potential investors in divers areas, said the present administration in Nigeria is already taking steps to redress the challenge in power transmission to boost electricity supply, especially with success recorded with privatization of power generation and distribution.

He however stated Nigerians will have to pay more for electricity consumption in due course, in order to support government’s efforts towards ensuring adequate electricity supply as a catalyst to re-positioning the economy.

Another issue of interest bothered on the need for nations to concentrate in tackling areas of challenge in the implementation of the Sustainable Development Goals, while according the issue of climate change a priority.