Nigeria Marks First Anniversary Of Ebola Free Declaration By WHO

Nigeria is commemorating the first anniversary of terminating the dreaded Ebola virus disease in the country as declared by World Health organization (WHO) on 20 October, 2014.

Permanent Secretary, Federal Ministry of Health, Linus Awute, at a press briefing says Nigeria as a free nation from Ebola will not rest until the disease reaches zero level in west Africa.

Nigeria became the second country to confirmed free of the dreaded virus by the global health agency after Senegal.

This was seen as a spectacular success story considering the harmful socioeconomic effects the epidemic has, as it claimed eight (8) lives from 19 confirmed cases in the country with over 11, 000 deaths from over 28, 000 cases reported in West Africa.

The Federal Ministry of health attributes achievements of stemming Ebola in Nigeria to commitment and resilience and maintains that the country remains vigilant through enhanced surveillance. 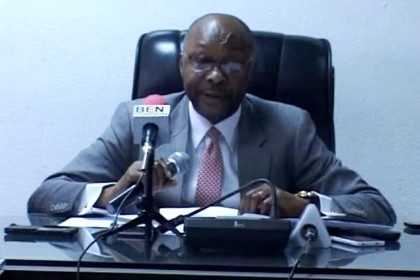 Mr Awute said the Ministry has setup a template for Ebola containment with an emergency operation center under the National primary Health System and also continue active surveillance with Port health services at point of entry.