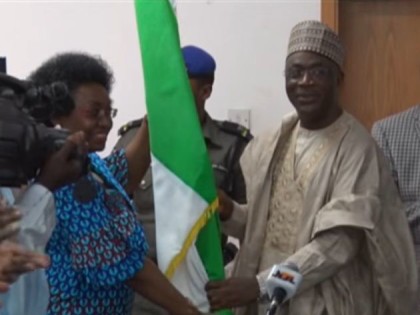 Kifasi said that he had kept faith with the oath of allegiance he took on assumption of office 1 year 1 month ago, serving the country dutifully and faithfully.

He thanked President Muhammadu Buhari for the opportunity given him to serve.

Kifasi promised continued support for the Buhari administration as he retires, adding that he would always remain proud of the country`s civil servants, whom he said, played a significant role in stabilising the polity.

Kifasi, who joined the civil service in 1990 as Assistant Director Accounts, said that in spite of the challenges, he remained focused on achieving results and had imbibed the spirit of perseverance and hard work as critical virtues, stressing that his civil service career had been rewarding as it has prepared him to handle diverse challenges in life.

While congratulating Oyo-Ita for her appointment, he apologised to those that he may have offended in the course of discharging his duty.

In her remarks, the Acting Head of Service, Oyo-Ita thanked Buhari for the opportunity to serve and commended Kifasi for his service to the nation.

She called on all civil servants for collective support to implement government policies and agenda with excellence and in the interest of Nigerians.

Oyo-Ita said that the nation’s workforce has to key into government and global agenda, especially, the new set of Sustainable Development Goals (SDGs).

The News Agency of Nigeria (NAN) reports that Oyo-Ita is the 12th HOS and the third female to be appointed into the position.

Oyo-Ita, is a graduate of Accounting of the University of Lagos and holds a Masters’ degree from the Nasarawa State University, Keffi.

Oya-Ita is the 12th HOs and the third Woman to head the position. She hails from of Cross River State.