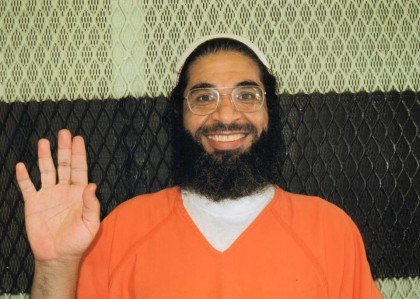 Shaker Aamer, is a British resident, and the only British left in Guantanamo Bay Navy, Cuba. He was first released from Guantanamo Prison since 2007, but only got freedom today and his flight has touched down in London this afternoon.

Aamer was one of Guantánamo’s best known prisoners because some Britons, including his wife and four children living in London, turned his case into a cause célèbre. In May, a bipartisan delegation of British members of parliament stumped for his release in meetings with Obama administration officials as well as members of Congress.

A spokeswoman for the British Prime Minister David Cameron said Cameron “welcomes his release and that people should be reassured that everything necessary to ensure public safety — those measures have been put in place.”

No plans to detain Aamer, a former British resident and a Saudi national whose family lives in London. His wife and children are British, Spokeswoman said. 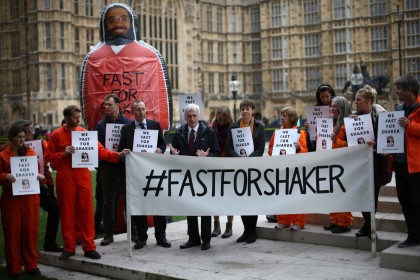 Aamer was captured in Afghanistan in 2001 and brought to Guantanamo Bay in February 2002. He was suspected of being a “close associate of Osama bin Laden” who fought in the battle of Tora Bora, according to U.S. military files disclosed by the anti-secrecy group WikiLeaks.

The transfer, the second release from the prison in 42 hours, left the detention center population at 112 captives. Of them, 52 are like Aamer was on the eve of his flight off this remote U.S. Navy base, Approved for release with security arrangements that satisfy Secretary of Defense Ash Carter.

NEWER POSTHouse of Representatives to Investigate Deportation of 29, 000 Nigerians By British Government
OLDER POSTMartins Gets Super Eagles Call Up For The 2018 FIFA World Cup Qualifier Against Swaziland