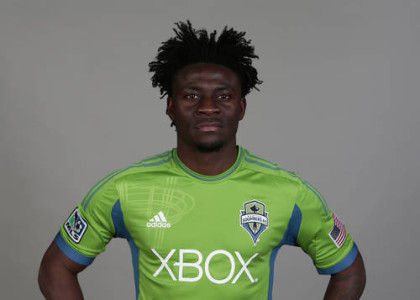 The first leg will hold in Lobamba on Friday, Nov. 13, while the return leg will be at the Adokiye Amiesiamaka Stadium in Port Harcourt on Tuesday, Nov. 17.

Martins, who has been in great form for his Major League Soccer side Seattle Sounders FC, played for the Super Eagles two years ago.

“His invitation indicates that Oliseh has placed a firm accent on current form and ability, and has an open mind to all Nigerian players across the globe.

“The invitation is also a sweet birthday present to Martins, who celebrated his big day on Wednesday” reported by the Nigeria Football Federation (NFF) on its website.

Six home-based players, who were part of Nigeria’s qualification for the 4th African Nations Championship (CHAN) against Burkina Faso, made the 24-man list.

Oliseh has directed all the players to arrive at the Bolton White Apartments in Abuja on Sunday, Nov. 8 as training commences same day by 7 p.m.