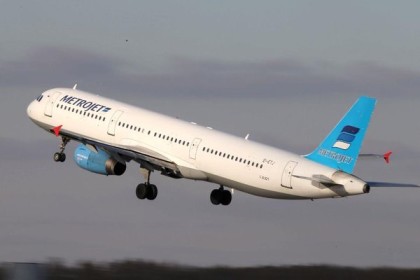 A321 Airbus was operated by Russian airline Kogalymavia and was carrying 200 adult passengers, 17 children and 7 crew en route from the resort of Sharm el-Sheikh to St Petersburg when it lost contact 23 minutes into its flight.

214 of the total 224 passengers in the plane are Russians.

The airliner carrying 224 passengers and crew crashed in Egypt’s Sinai peninsula on Saturday, and a security officer at the scene said most passengers appeared to have been killed.

Sinai is the scene of an insurgency by militants close to Islamic State, who have killed hundreds of Egyptian soldiers and police and have also attacked Western targets in recent months.

“Military planes have discovered the wreckage of the plane … in a mountainous area, and 45 ambulances have been directed to the site to evacuate dead and wounded,” a statement from Egypt’s government said.
The Reuters news agency reported that an anonymous officer at the site said “voices” had been heard in part of the wreckage.

“I now see a tragic scene. A lot of dead on the ground and many who died whilst strapped to their seats,” the officer said.

“The plane split into two, a small part on the tail end that burned and a larger part that crashed into a rock.

“We have extracted at least 100 bodies and the rest are still inside.”

Several Egyptian military and security officials later told AP there were no survivors. A source had said earlier that voices of trapped passengers could be heard from a section of the plane, but no survivors had actually been identified. 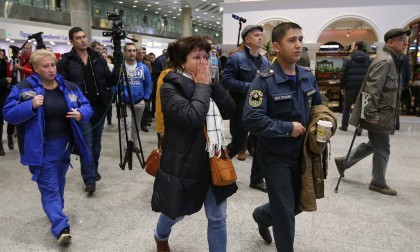 A statement from the Egyptian prime minister’s office said Sherif Ismail formed a cabinet-level crisis committee to deal with the crash, which was believed to have been caused by a mechanical failure. The prime minister has since departed for the crash site with several cabinet ministers on a private jet, the tourism ministry said.