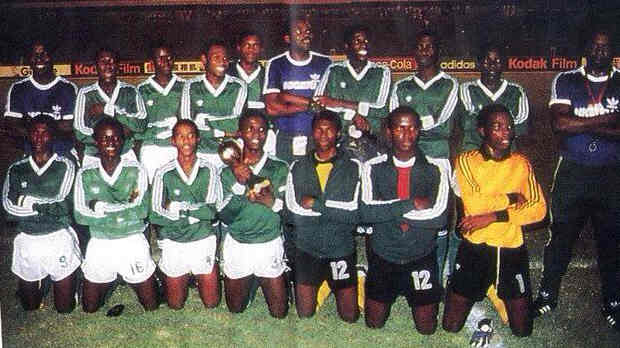 President Muhammadu Buhari has assured the Eaglets team which won the FIFA U-16 World Championship in 1985 that his administration would now fulfill the promises made 30 years ago.

Garba Shehu, the President’s Senior Special Assistant on Media and Publicity, in a statement in Abuja, said the matter had just been brought to Buhari’s attention.

“The directive which President Buhari gave to the then state governments at the time was not complied with.

“The promises were made during a reception held at Dodan Barracks with the players then, in celebration of their outstanding victory,’’ he said.

The FIFA U-16 World Championship, held in China in1985, which is now the FIFA U-17 World Cup was the first edition and won by the team led by Nduka Ugbade, now Flying Eagles assistant coach, by beating the then West Germany 2-0 in the final match.

“It is a pity that those promises (of 1985) were never fulfilled. It is unfortunate that our players, who did us proud on the world stage went unrewarded for their efforts.

“This was in spite of a presidential directive to the state administrators that they (the players) be honored in their home states,’’ Buhari, who was a military Head of State then, said in the statement.

He added in the statement that, of the various promises made to the players at the time, only the then Federal Government fulfilled its own commitment.

The Buhari-led government had sponsored the players on a trip to watch the 1986 World Cup finals in Mexico.

“Houses, scholarships and naming of streets after each player were supposed to have been catered for by the state governments,’’ he said.

The statement noted that shortly after the commitment was given the military administration under the then Gen. Muhammadu Buhari was replaced.

“In spite of repeated representations made to succeeding governments by the players and their officials, the promises made were left unfulfilled.

“I apologise for whatever embarrassment and disillusionment in your country these raised and the dashed hopes may have caused you.

“My government will do all within its power to remedy the situation,’’ the statement quoted the president as saying.