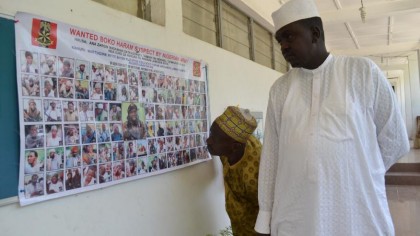 The Nigerian Military Defence Headquarters said that following the release of the poster containing photographs of 100 suspected Boko Haram terrorists, security agencies and the public have intensified search for them.

The renewed zeal has been yielding the desired result as the Borno State Command of Department of State Services (DSS) has this morning arrested another suspected high profile Boko Haram terrorist, Danladi Abdullahi at Moduganari area of Maiduguri metropolis.

Although he is still being investigated, it has been positively established that he is suspect number 26 on the list of the declared suspected Boko Haram terrorists issued by the Nigerian Army last month.

The Chief of Army Staff, Lieutenant General Tukur Yusuf Buratai, personally wishes to commend the DSS especially Borno State Command, for this singular act, resilience and continued support and cooperation in the fight against terrorism and insurgency.

The DSS has over times proven to be dependable and partners in the quest for a secured Nigeria.

We would also like to reiterate that the fight against this security menace is a collective responsibility, therefore, we shall continue to solicit for public’s support, cooperation and understanding as we finally quench the remaining dying embers of the Boko Haram terrorists in our country. Defence Headquarters said.

“We should all be more vigilant and security conscious to enable us all enjoy a better and more secure Nigeria.” Defence HQ added.