Nigeria’s Inflation rate Increases by 9.3% in Oct, Slower Than Sept 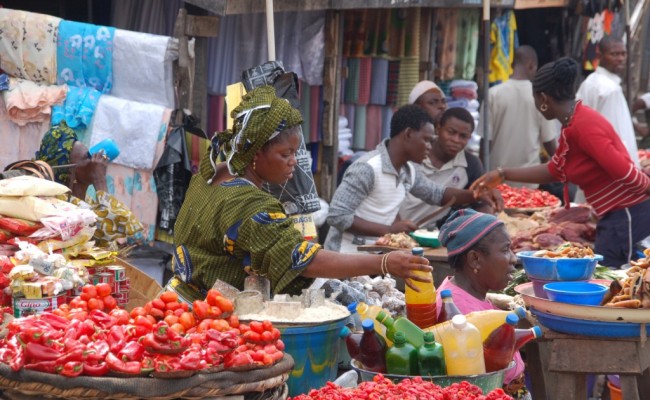 The National Bureau of Statistics (NBS) says that Nigeria experienced increased inflation rate in the country  by 9.3 per cent year-on-year in October.

The NBS made this known through its October 2015 Consumer Price Index (CPI) that was issued in Abuja.

The CPI gauges the average change over time in the prices of goods and services that are consumed by the people in their day-to-day living.

The CPI stated that the October inflation rate was marginally lower from the rate recorded in September, which was 9.4 per cent.

It, however, said that the lower rate in October was as a result of lower increases in most divisions which contributed to the Headline Index, with the exceptions being Transport, Recreation and Culture divisions.

The report said that food prices edged lower in October.

It said that the Food sub-index increased by 10.1 per cent during the month, from 10.2 per cent recorded in September.

“The Food sub-index was weighted upon as a result of a slower increase in Bread and Cereals; Milk, Eggs and Cheese.

“It was also weighted upon as a result of slower increase in Potatoes, Yams and other tuber groups, the latter which has increased at a slower pace for five consecutive months,’’ it said.

The report said that both the Urban and Rural indices slowed (year-on-year) in October.