Siasia Says Dream Team Lucky to Win 3-2, Confident of the Team to Play Better in Next Match 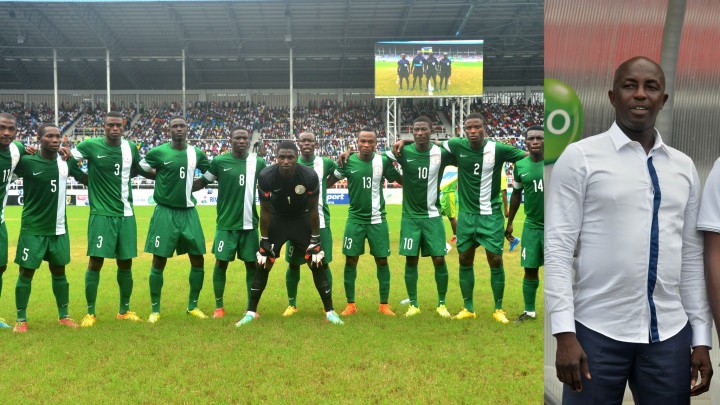 Samson Siasia, Head Coach of the Nigeria U-23, Dream Team, has admitted that his team was lucky to have escaped with a 3-2 victory over West African rivals Mali, in its first game at the on going U-23 Africa Cup of Nations played at the Caroline Fay Stadium, Mbour.

Siasia made this revealed this while addressing the press at the post match press conference after the game.

According to Coach Siasia: “We were simply lucky today that we took our chances in the first half; my defenders after conceding that penalty goal, became jittery and in the process started giving the ball away to our opponents.

He said his greatest joy was that they were able to pick the first three points, “meaning one more win and we are in the semi finals.” He added.

Coach Siasia said the Malians are no push overs, like any other team in the group they have earned their qualification for the competition.

He assured Nigerians that in a competition like this, the Dream Team will get better with each passing game.

Coach Siasia said  that for him and his boys, it’s one game at a time. He called on  Nigerians to support the team, as they take on Egypt in their next match.