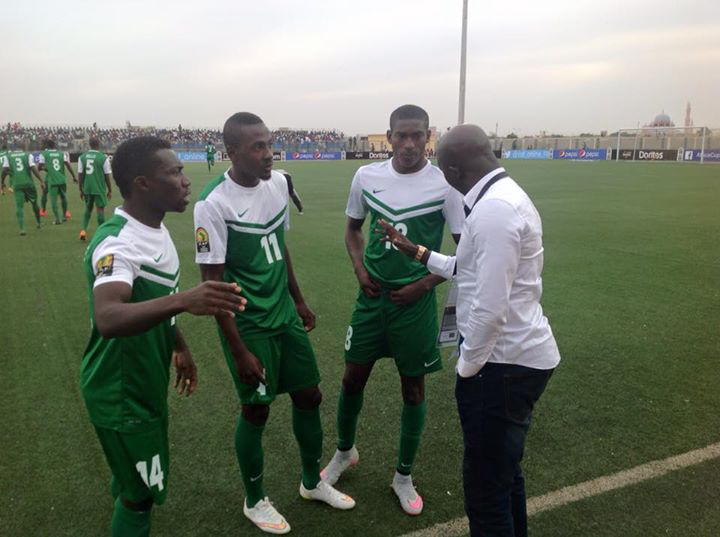 Coach Samson Siasia and some of the U-23 Dream Team VI Members (Photo: Internet)

Edema Fuludu, a former Super Eagles player, has identified the Nigeria U-23  Dream Team defence as weak and tasked coach Samson Siasia to strengthen the team’s defence in their next match against Egypt.

Nigeria U-23 team will play Egypt today Wednesday in the second Group B match of the ongoing 2015 U-23 African Nations Cup in Senegal.

Fuludu, a member of the 1994 Nations Cup winning team, commended the team’s formation, but says there is need to beef up the defence line.

In the same vein, Waidi Akanni, also a former internationa,l said that the midfield players need to work in coordination with the defence.

He, however, advised the team to take each game at a time.