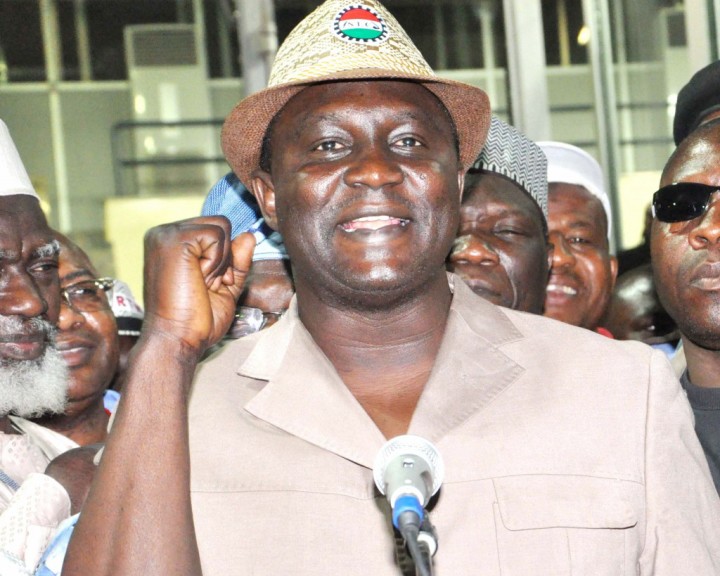 The Nigeria Labour Congress (NLC) has called on state councils and industrial union affiliates to be prepared for a showdown with any state government that attempts to reduce the national minimum wage.

The call was made in a statement issued by NLC President, Mr Ayuba Wabba, in Abuja.

It noted that Gov. Yari, had said if there was no reduction in the national wage, the states would embark on massive retrenchment of workers, saying that due to the fall in the price of crude oil at the international market state governments are no longer in the position to pay the legal minimum wage to their workers.

The statement said “The Nigeria Labour Congress wishes to categorically affirm that the path our governors are headed can only lead to one outcome: a head-on collision with Nigerian workers and Nigerian people.’’

It noted that the minimum wage was the minimum salary a worker was envisaged to earn to sustain himself and dependants over a daily or monthly period.

The statement added that taken a simple arithmetic terms, N18, 000 divided by six persons over 30 days amounts to N100 per day per person or N600 for the six persons per day and this amount is expected to feed six people daily while they have to find some amount from the same wage for accommodation, healthcare, transportation, education, among others.

It said the political elite did not find anything wrong in earning uniform wages and allowances across board irrespective of the state of natural endowments.

It stressed that no amount of threat would stop the congress from insisting on an enforceable national minimum wage.

It also commend the governors of Edo, Rivers, Jigawa and Ekiti states and others who have dissociated themselves from the insensitive and economically illogical campaign by the chairman of the Governors’ Forum.

the statement said, “the campaign to discard the 2011 National Minimum Wage Act or on the alternative throw more workers into the already saturated unemployment market is totally unacceptable. ‘’

It called on the ruling APC and the opposition PDP to call their governors to order.

It said any attempt to default on the payment of the N18, 000 national minimum wage or engage in any mass retrenchment of workers in states, the country would be thrown into an industrial disharmony.