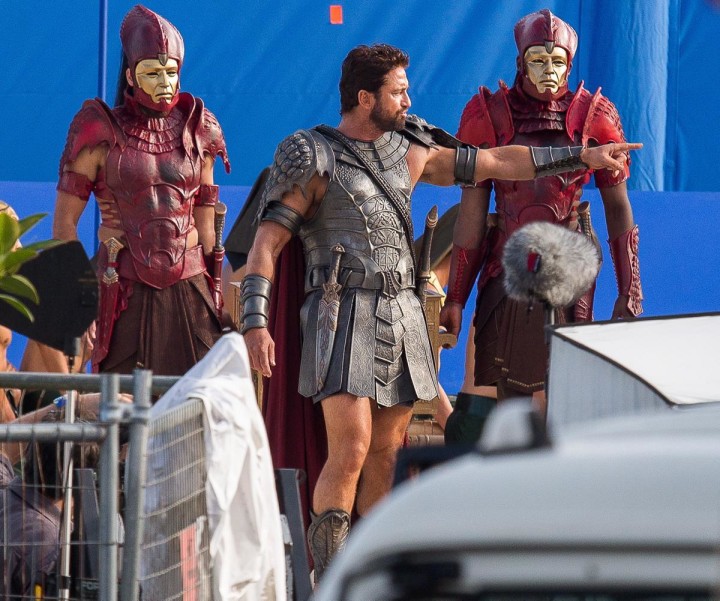 Gerard Butler on the set of “God of Egypt” (Photo: Internet)

Scottish actor, Gerard James Butler stars in two upcoming epic movies, London has Fallen and Gods of Egypt. They movies are set to be released in 2016.

The actor is said to gain more impact on his acting career with these two new movies, as they hit the United Sates and United Kingdom theaters early next year.

London Has Fallen, (to be released January 21, 2016) is an action thriller and a sequel to Olympus Has Fallen (2013). The film directed by Babak Najafi , also stars Aaron Eckhart and Morgan Freeman.

In London, the British Prime Minister has died under mysterious circumstances and his funeral is a must-attend event for leaders of the Western world. What starts out as the most protected event on Earth turns into a deadly plot to kill the world’s most powerful leaders and unleash a terrifying vision of the future.

The only hope of stopping it rests on the shoulders of the U.S. President Benjamin Asher (Aaron Eckhart), his formidable Secret Service lead agent Mike Banning (Gerard Butler), and a British MI6 agent (Charlotte Riley) who rightly trusts no one.