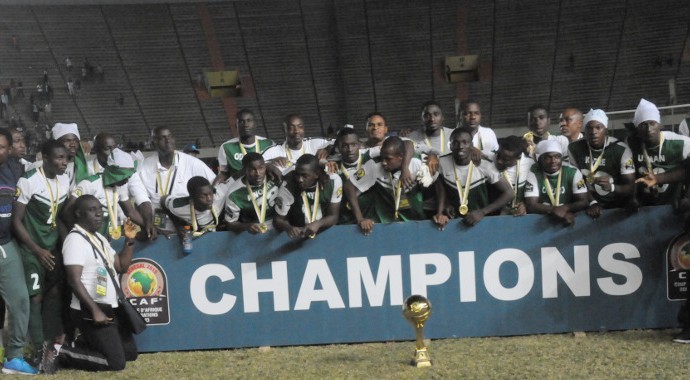 Players and officials of the victorious National U-23 Team, Dream Team VI, who are the African Champions of the U-23 Cup of Nations are expected to arrive the country today, Monday.

According to the team’s itinerary, the team will depart from the Leopold Senghor Int’l Airport on Monday at 3 a.m. aboard an Arik flight.

A statement posted on the Nigeria Football Federation (NFF), website, says the three foreign-based players invited for the championship, have since returned to their various clubs.

The players are Captain Azubuike Okechukwu and the duo of Junior Ajayi and Taiwo Awoniyi who were at the front line of the team’s attack.

The players departed for their bases on Saturday night immediately after the Dream Team VI returned to its Alafifa Hotel base from the Stade Léopold Sédar Senghor.