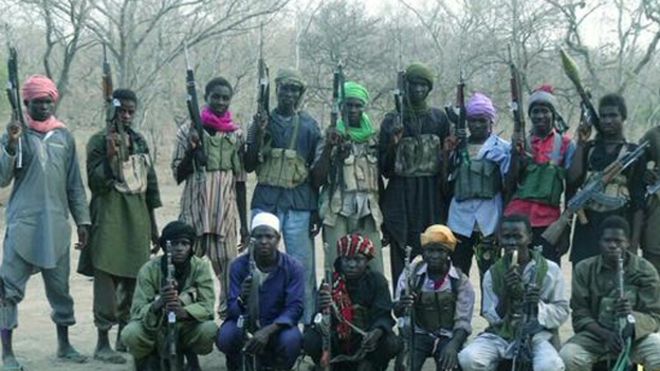 The Federal Government warned on Friday that Boko Haram terrorists, who have been beaten and put on the run by the military, are planning another sensational abduction of pupils/students or foreigners in a desperate effort to raise funds, through ransom, for food, medical and arms supply.

In a statement issued in Abuja, the Minister of Information and Culture, Alhaji Lai Mohammed, said the planned abduction is in line with the terrorists’ new modus operandi of focusing on soft targets, having being routed from their stronghold and their capacity to stage spectacular attacks substantially degraded.

He said while the largely defeated terrorists have now concentrated their attacks on soft targets, like motor parks, schools and entertainment centres, they have been decimated to a level that they are now incapable of staging spectacular attacks like they used to do.

”The kidnap of the Chibok girls in 2014, which attracted global attention to the terrorist group, is what it is now trying to repeat, hoping it can find vulnerable targets, especially schools, or a group of foreigners outside the frontline states.

”The plan by Boko Haram is also part of an overall strategy by the terrorists to seek to negatively impact on the psyche of the gallant troops who have routed them (terrorists) from their stronghold and also give the impression that they have not been largely defeated by the December 2015 deadline given by this Administration to effectively degrade the insurgency in the North-east.

”This is why we have decided to issue this alert to enable the authorities of both public primary and secondary schools in remote locations, particular in the Northern states, to upgrade security arrangements.

”It is also aimed at alerting the general public, operators of hotels and entertainment centres, motor parks and similar facilities to also upgrade their security arrangements for the holidays,” the Minister said.

He assured that the Federal Government will build on the successes recorded by the military, which has largely met the deadline to degrade the capability of Boko Haram.

”Smoked out of their hideouts and badly bruised by our gallant military, the Boko Haram terrorists are desperate, especially in the face of the depletion of their food supplies. In their desperation, they will not hesitate to embark on actions they feel can still make them relevant or enhance their survival. But the military is ready and able to prevent that,” the Minister said.