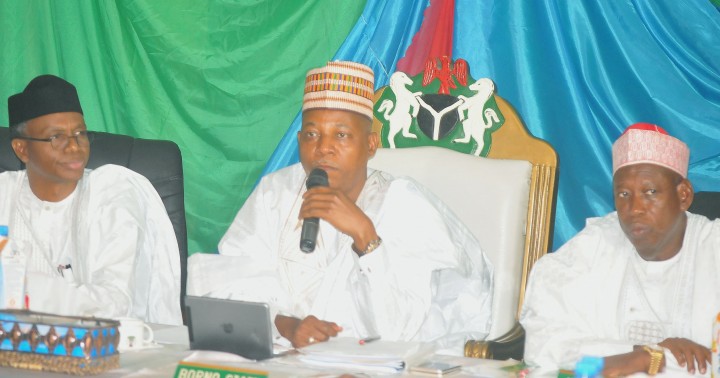 The Governors of the 19 Northern states under the auspices of the Northern governors’ forum have summoned an emergency meeting to discuss recent happenings in the region.

The Governors are particular with the recent face-off between the Army and Shiite Islamic sect which led to loss of lives, in Zaria, Kaduna state.

Governor of Borno state, Kashim Shettima who is the Chairman of the Northern Governors Forum in a statement says the governors are concerned over the situation and will take measure to ensure peace in the land.

The Governors called on citizens and all parties associated with the incident in Zaria to be calm and exercise restraint assuring that far reaching steps will be taken to guarantee restoration of normalcy in a sustained manner. The meeting will be in Kaduna on Saturday.