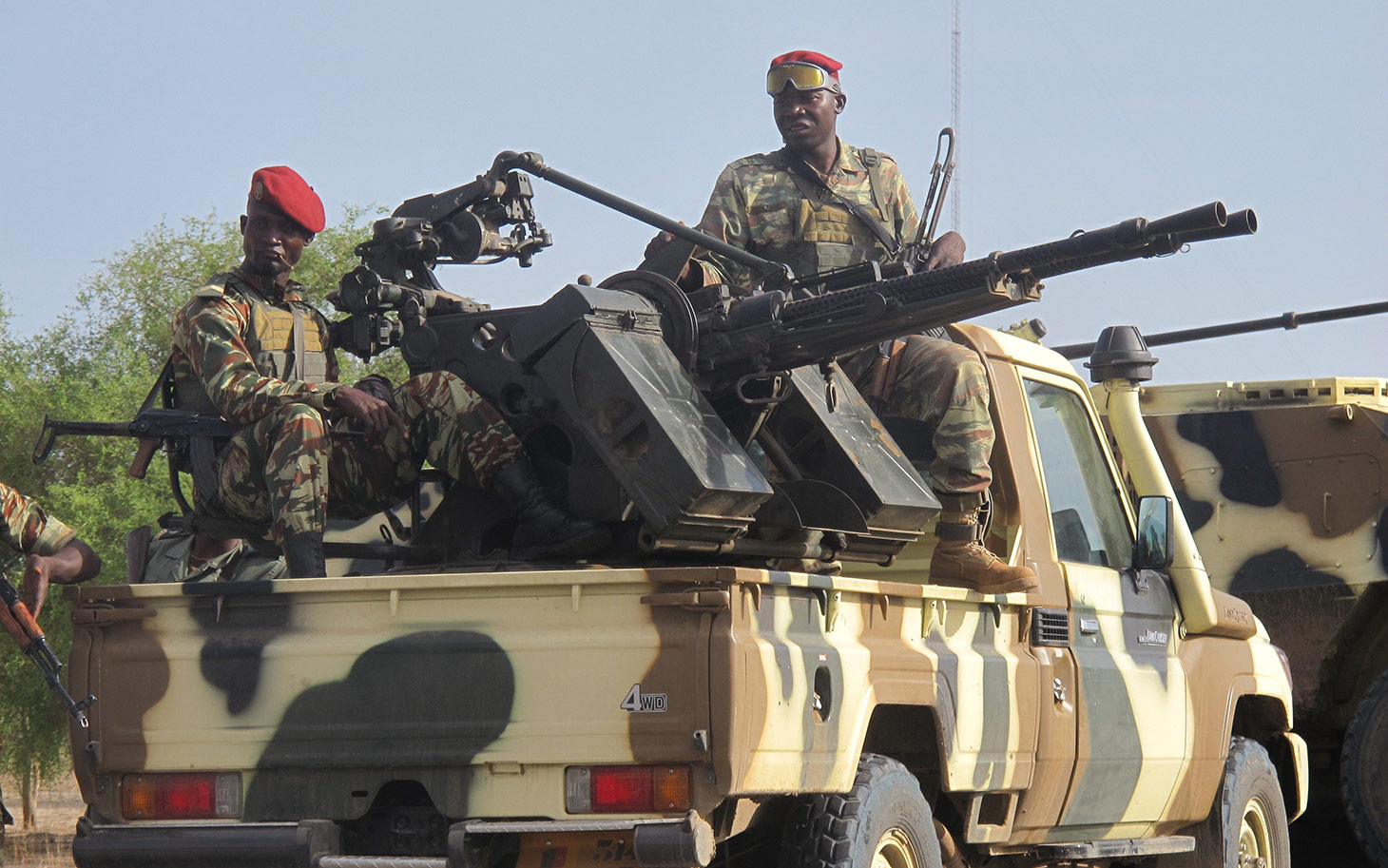 The Minister of Defence, Brig.-Gen. Muhammad Dan-Ali (rtd), has assured soldiers fighting insurgency in the North East of government’s commitment to provide the needed logistics to expeditiously end insurgency in the country.
Dan-Ali gave the assurance in Damaturu on Friday at a Christmas lunch organised for troops fighting insurgency in the North East.
He acknowledged some of the challenges facing the operations and noted that most of the challenges were being addressed.
He also urged the troops to remain committed to the war against insurgency in the North East.
“While your welfare needs is being addressed, I urge you to continue to adhere to all the rules of engagement in your operations.
“I want you all to note that your actions and inactions will be accounted for, you must therefore respect the rights of people in your host communities,” he charged.
On his part, the Chief of Defence Staff, Gen. Gabriel Olonisakin, commended the sacrifices of troops fighting on different fronts across the country.
He said their contributions in the defeat of terrorism would not be forgotten in a hurry.
Olonisakin, however, urged the troops not to relent in their efforts to effectively end the insurgency.
“We are gradually moving into 2016, therefore, we must not rest on our oars to win the war.
“As we move into 2016 I want to enjoin you to be more determined to reclaim all lost territories, that is the charge and demand on all of you as we enter the New Year.
“On our part we will do our best to ensure that all logistics and welfare required to prosecute the war to a logical conclusion were provided,” he said.
Lt. Gen. Tukur Buratai, the Chief of Army Staff, said the visit of the defence minister would boost the morale of troops in the ongoing operation.
He noted that the situation in the troubled region has improved tremendously and attributed the feat to the sacrifices of the troops.
“The security situation has greatly improved and I want to congratulate the troops for a job well done.
“We are entering the New Year and I believe that we will start winding down to conclude the operation,’’ he said.
Yobe Deputy Gov. Abubakar Aliyu confirmed that the security situation had indeed improved in the state.
He said unlike the previous festivities since the insurgency started, residents were able to celebrate the yuletide without fear of any attack from the insurgents.
The News Agency of Nigeria (NAN) reports that the event, held at Army Headquarters Logistic Base in Damaturu, was attended distinguished guests who served the soldiers with various delicacies. (NAN)