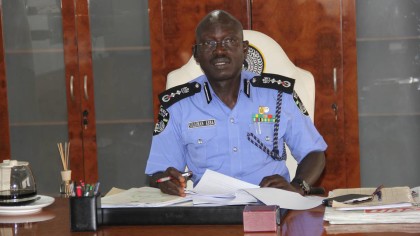 The Inspector General of Police, Suleiman Abba has restated the commitment f the force to stand by its personnel always.
The IGP stated this in a message to the families of the Policemen who had been declared missing since August 2014 after the Boko Haram insurgents attacked the Mobile Training College, Gwoza, Borno state.
The Commissioner of Police in-charge of Police Mobile Force Ibrahim Idris who delivered the message at the Mobile Base Kubwa – Abuja said the force is saddened by the event but assured them that the force would perform its duties despite all odds.
At the PMF 50 Base Kubwa-Abuja, the six families collected five hundred thousand naira each with a promise that the missing police officers` salaries would be paid for one year with effect from the date of the incident.
The beneficiaries commended the gesture and promised to use the money judiciously.