NAFDAC Destroys N500million Worth Of Fake Drugs in Anambra

About five hundred million Naira worth of fake drugs have been destroyed in Awka the Anambra  state capital by the National Agency for Food, Drug Administration and Control – NAFDAC.

The counterfeit drugs which include antibiotic,anti diabetes, substandard cosmetic and food products were seized from manufacturers, importers and distributors 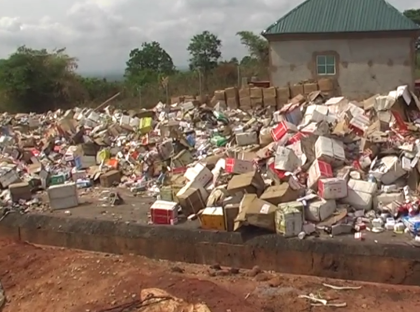 Others who spoke include representatives of sister agencies and chairman of the bridge head drug market association who called for more support from NAFDAC.

A similar exercise was carried out recently in Enugu. The exercise attracted security agencies in the state.