J.K. Rowling Calls Someone an ‘Idiot’ for calling Serena ‘manly’ After winning Wimbledon 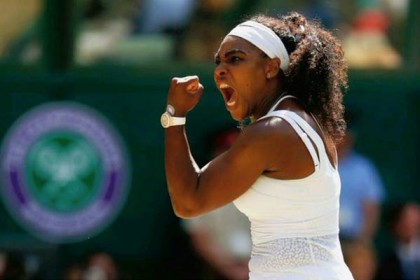 J.K Rowling, author of the Harry Potter fantasy series posted a congratulatory message on Twitter below:

@jk_rowling @hansmollman ironic then that main reason for her success is that she is built like a man — Rob (@diegtristan8) July 11, 2015

And got devoured by J.K. Rowling:

.@diegtristan8 “she is built like a man”. Yeah, my husband looks just like this in a dress. You’re an idiot. pic.twitter.com/BCvT10MYkI

Fellow probably learnt his lessons the hard way, as the whole internet guns for him – hopefully he does not delete the post.