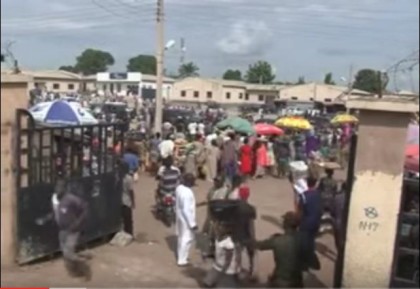 With the recent resurfacing of suicide bombings in crowded commercial areas in some parts of the country by insurgents, Nasarawa State Government is already taking precautionary measures to avoid such attacks in the State.

In Lafiya the State Capital, the State Governor Umaru Tanko Al-Makura ordered immediate closure of the congested old Lafiya Market and directed traders to relocate to the newly constructed market which has enhanced security.

While on visit to monitor the level of compliance by traders to relocate, Governor Al-Makura commended them for the compliance and called on people in the State to be security conscience and avoid crowded areas.