Hannah Awolowo HID Passes On At 99 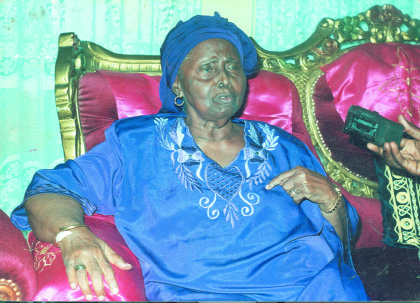 The matriarch of the Awolowo Family Chief Mrs. Hannah Idowo Dideolu Awolowo is dead. She died at the age of 99.

She held meeting with her Children and prayed for them in the Morning.

Ogun State Governor Senator Ibikunle Amosun was among the early callers at the Ikenne residence of the Awolowos.

Represented by the Secretary to the State Government Mr. Taiwo Adeoluwa, the Governor described the passage of Mrs. Hannah Idowu Dideolu Awolowo as shocking and a greet loss to the people of Ogun State and the Nation.

According to Dr. Tokunbo Awolowo Dosunmu the Wife of the late Sage passes on peacefully around 3.50pm after having meeting with her Children where they discussed her centenary celebrations.

She was also said to have prayed and played with the children before leaving the meeting around 1.pm to have her launch.