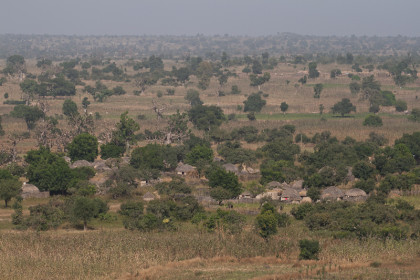 The Nigerian Meteorological Agency (NiMet) has warned against the effect of the “El Nino” (warm weather) conditions associated with the current dry season saying, it will have impact on food production, health and disaster management.

This is contained in NiMet’s Dry Season Weather update by its Public Relations Unit on Friday in Abuja.
NiMet explained that the expected physical and biological changes in oceans in El Nino conditions would affect fish species, distribution, composition and abundance.

It added that fish species that thrived in deep tropical waters were predicted to move farther inwards, while cold water species would move into deeper water as coastal waters became shallow and warmer.

According to NiMet, fishes that remain in affected region are expected to experience reduced growth, reproduction, and survival thus leading to reduction in fish production and harvesting during the period under focus.

It added that fishermen were expected to have a harvest of good catches due to reduction in river volume and flow of the river.

NiMet also predicted that the pronounced cold and dry conditions in the North during November 2015 and February 2016 would impact positively on wheat production, vegetables and fruits.

It added that crop production through irrigated agriculture in the North was expected to boost food, fruit and vegetables production before the onset of rains in 2016.

According to NiMet, farmers in Sokoto, Kebbi, Zamfara, Katsina, Jigawa, Kano, Kaduna and Yobe states with adequate water storage facilities should expect bumper harvest of these crops through irrigated agriculture.
It predicted that cold weather conditions might cause serious outbreak of airborne diseases such as respiratory tract infection in small ruminant livestock which would pose serious health challenges to these livestock.

The weather update also said it is expected that there will be deficit or inadequate fodder (for feeding livestock) as the degree of dryness and increased frequency of bush burning will reduce their availability and that it could lead to increase in southward migration of herdsmen, with prospects of further increase in associated conflicts,’’ NiMet predicted.

The agency said there would be reduced incidences of malaria in the North from November to April 2016 because of the low atmospheric moisture level (relative humidity) in the zone during the period.

It added that the Southern part of the country would witness incidences of malaria during the period because of increased mosquito bites as the conditions would be favourable for mosquitoes to breed.

“Cases of respiratory tract infections such as asthma and pneumonia will be on the increase particularly in the North due to the predicted moderate to high incidence of harmattan dust haze.
“Thereafter, heat-related ailments such as measles and meningitis are expected to be on the rise as temperatures reach all-time highs in the central and northern states,’’ it said.

On disaster management, NiMet warned that extreme high temperature, associated dryness and moderate-to-strong winds were predicted to cause high incidence of bush, industrial and domestic fires during the period.

It explained that the condition would be aggravated by uncontrolled bush/waste burning, especially in the North, adding that overheating in cars, electricity transformers, and market or public places could be other effects.

In the aviation sector, NiMet predicted that aircraft flying under harsh conditions tended to burn more fuel before taking off, a situation it described as “not economically viable”.

It advised aviators to be more careful and always use weather reports and forecasts for planning their operations as horizontal visibilities were expected to be reduced during the predicted period.

However, NiMet predicts that the dry season was expected to last from November to April 2016, adding that the weather would be mostly driven by El Nino .