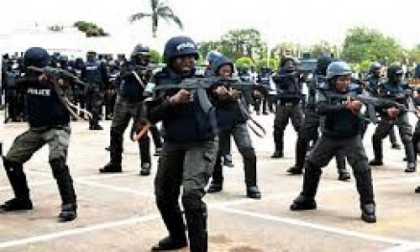 Nigeria Police Force Management Team has denied a report aired by one of the national radio stations alleging lopsidedness in recent promotion, posting of Senior Police officers amongst others. The report also accused the Inspector-General of Police of giving preferential treatment to Police officers from a particular part of the country.

According to the Police spokesperson, ACP Olabisi Kolawole, said Police authorities wish to categorically state that, there is no iota of truth in the report as promotion of senior officers are done by Police Service Commission and not by the Office of the IGP. In addition, postings of Assistant Inspectors-General of Police to Zonal Commands and Commissioners of Police to State Commands are made by the same body that is saddled with the oversight functions on the Nigeria Police Force based on recommendation of the IGP, who knows the operational competence and chemistry of the officers.

He described the allegations of irregularities in posting of Police officers are unfounded even as posting to offices is informed by personnel’s capability and competence. The IGP views the allegations not only as malicious but also capable of creating disaffection among officers.

“In view of the current security challenges facing the country, the IGP called on all good people of Nigeria to disregard any report capable of causing distraction especially now that all efforts should be galvanized towards national security in the new year.

He, however, enjoined journalists to uphold the ethical standards of their noble profession and charged them to verify their facts before going to press or on air.