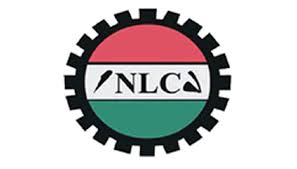 The Nigeria Labour Congress(NLC) in Abuja condemned the renewed blowing-up of major oil and gas pipelines by suspected militants in the Niger-Delta region.

Mr Wabba, NLC President, said in an interview that the issue of national security should not be taken lightly.

“Pipeline vandalism is highly condemnable; this should not be allowed to happen in a civilized society,’’ he said.

According to him, oil and gas pipeline vandalism will contribute largely to the air and water pollution of the region and reduce the revenue base of the country.

Wabba said that pipeline vandalism was a threat to national security; therefore, the issue should not be taken lightly.

He advised the Niger-Delta militants to engage in dialogue with the Federal Government rather than confrontation in resolving issues.

He urged the Federal Government to sustain the amnesty programme as it would serve as a means of addressing some of the challenges in the region.

“I hope that the renewed blowing-up of major oil and gas pipelines is not as a result of the ongoing probe of some political leaders in the region.

Our call is that the government should remain focused in its fight against corruption and it should not be tired by whatever pressure.

We also want to appreciate what the security agencies have been able to do in terms of protecting the pipelines in the region, they should put in more efforts to contain the crisis, ”Wabba said.

He assured Nigerians that the NLC would give its support to the FG to protect important installations in the region and the country at large.