Arsenal Are On The Verge Of Signing Nigeria Duo 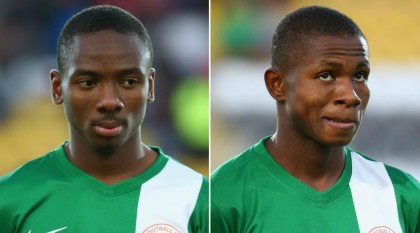 Arsenal are looking to win the FA Cup for a third successive time and will be keen to ensure that Burnley do not pull off a big scalp in the capital.

With that mind, Arsenal and Wenger have their eyes on Nigeria duo who played at last year FIFA U17 world cup.

There have been speculation that the duo who were the Most Valueable Player and Third best player of FIFA U17 World Cup held in Chile last year respectively, are close to signing for the current back to back FA Cup champions from Diamond Academy, Umuahia in Abia State.

“There are work permit issues, medical issues, as they have to both have medicals but it is progressing well.

“We identified Nwakali as the player of the tournament (at the Under-17 World Cup). He is a top player and we’ll try to get it over the line.”

According to Football Insider an agreement had been struck for both players, which left Arsenal awaiting clearance while the teenagers worked on the relevant work permits and visas to play in the UK.