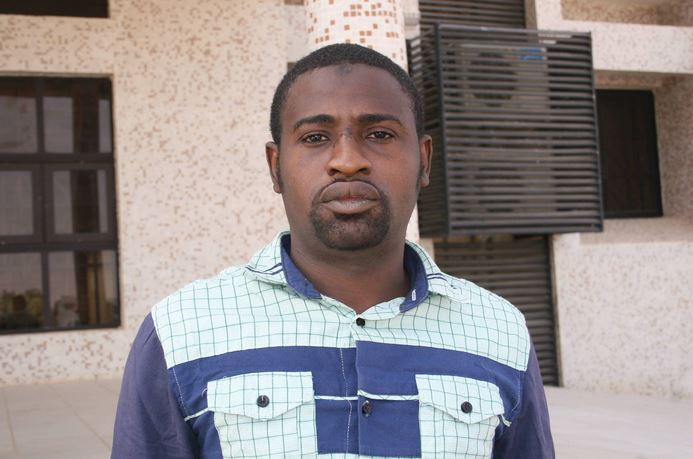 The Economic and Financial Crimes Commission, EFCC, on Tuesday, February 3, 2016 arraigned one Sabo Sani Labaran before Justice Abubakar Jauro of the Gombe State High Court sitting in Gombe, on a 2-count charge bordering on impersonation and obtaining money by false pretence to the tune of N242,000.00( Two Hundred and Forty-Two Thousand Naira).

The offence is contrary to Section 1 sub-section 1(a) of the Advance Fee Fraud and Other Fraud Related Offences Act 2006 and punishable under Section 1 sub-section 3 of the same Act.
The accused person, who is a member of an Internet syndicate had, sometime in October 2015, allegedly obtained the sum of N242, 000.00 from one Alhaji Hussaini Mai- Magani, promising that he would award him a contract for the supply of some hospital equipment.
However, the suspect, whose Facebook profile bears the picture of the Gombe State governor, Alhaji Ibrahim Hassan Dankwambo, allegedly diverted the money for personal use.
The accused person pleaded not guilty to the charges when they were read to him.
In view of his plea, prosecution counsel, Ahmad Y. Muntaqa, asked the court for a trial date.
The defence counsel, Rahimat I. Talle, prayed the court to grant the accused bail on liberal terms.
Consequently, Justice Jauro adjourned to February 8, 2016 for hearing on the bail application and ordered the accused person to be remanded in prison custody.
Wilson Uwujaren (Head, Media & Publicity)