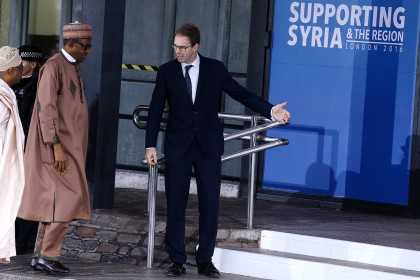 The 2016 Supporting Syria and the Region conference has opened in London.

President Muhammadu Buhari is amongst the nearly 30 world leaders and other stakeholders from 70 countries in attendance.

The conference is aimed at addressing the long term needs of those affected by the 5 year Syrian conflict as well as maintaining pressure on warring parties to protect civilians and engage seriously with each other on the future of the country.

The conflict is estimated to have killed 300 thousand people, injured more than one point two million, displaced over half the population and left 13 point 5 million inside the country in need of humanitarian assistance.