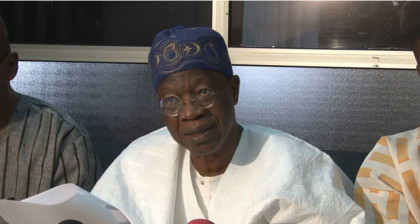 The Minister of Information and Culture, Alhaji Lai Mohammed, has assured that Nigeria will do all it takes to ensure the continued survival and re-positioning of the Pan African News Agency (PANA) to enable it fulfill its mandate.

The Minister gave the assurance in Lagos on Wednesday when he received a delegation of the continental news agency, comprising the Interim Chairman of the Board, Dr. Ibrahim Daggash, and the Managing Director, Mr. Babacar Fall.

He said Africa needs PANA now more than ever to tell the continent’s stories from the African perspective, rather than the perspective of others.

”If African stories cannot be told from the African perspectives by Africans, events on the continent will always be viewed from the prisms of the Western and other media – and such prisms are often distorted.

”With PANA unable to fully fulfill its mandate, Africa has continued to be portrayed as a continent of wars, diseases, deaths, famine, poverty and bad governance, among others. The spread of democracy, economic growth that for decades remained among the strongest in the world, and the end of most of the wars that bedeviled Africa for years are some of the good news coming out of Africa. But these are rarely reported.

”What we see in the media are mostly negative news that portrayed the continent as a land of plagues, poverty and hopelessness. This has fed into the desperation of many of our youths to escape from the continent at all cost, even at the gravest risks to their lives,” the Alhaji Mohammed said.

He said a vibrant PANA could have helped in changing the narrative, but noted that the news agency is ”chronically hobbled today” as it struggles for survival.

The Minister said whereas the Organization of African Unity (OAU), now the African Union (AU), established PANA to help Africa to find its voice in the global information order, the agency itself seems to have lost its own voice.

He assured that the kind of PANA that Africa will be proud of could emerge from a concerted effort by all concerned, saying the management of the news agency must be creative in working out the strategies that will turn around the fortunes of the agency, which is based in Dakar, Senegal.

”With the dwindling resources of many African nations, it may not be feasible to revert to assessed contributions to run the agency. Therefore, the management must be willing to think out of the box and come up with innovative ideas for the funding of the agency. I am aware that several funding initiatives have been mooted in the past, but none seems to have seen the light of day,” Alhaji Mohammed said.

He said African Information Ministers, who played a major role in the emergence of the continental news agency, must take the lead in the efforts to reposition the agency to fully fulfill its mandate, adding: ”Anything short of such a high-level attention to PANA will amount to a mere tokenism that will not take the agency anywhere.”

Speaking earlier, the Director-General of PANA, Mr. Fall, said the agency had been feeling like an orphan since Nigeria stopped playing its leadership role on issues concerning it (PANA).

”It is not just PANA but all regional institutions that have been suffering the absence of Nigeria politically, diplomatically and financially. Nigeria is the pioneer of African unity and PANA itself is a baby of Nigeria,” Mr. Fall said.

He expressed the confidence that the tenure of the Minister would see Nigeria regaining its prominent position in the information architecture of the continent.