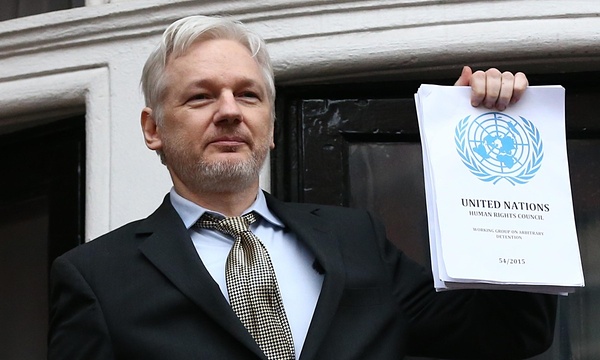 A Swedish attorney representing Julian Assange on Friday praised a UN panel’s report on the Wikileaks founder’s confinement at the Ecuadorian embassy in London for its “very positive outcome”.

Thomas Olsson told newsmen in Stockholm that the report is “in line with the arguments we have made during appeals” to repeal the remand custody order.

Olsson declined to comment on Assange’s reaction, referring to a pending news conference in London following the panel’s announcement.

According to the UN panel report, a UN Assange should be allowed to go free from the Ecuadorian embassy in London and be awarded compensation for what amounts to a three-and-a-half-year arbitrary detention.

Assange, a computer hacker who enraged the U.S. by publishing hundreds of thousands of secret U.S. diplomatic cables, has been holed up in the embassy since June 2012, to avoid a rape investigation in Sweden.