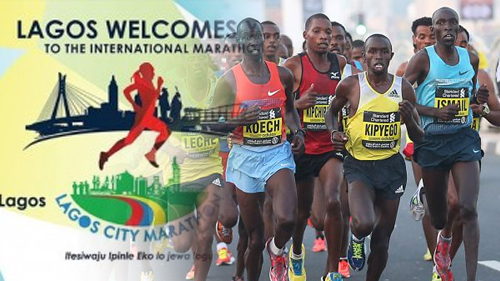 Lagos State Sports Commission, have said that the maiden Access Lagos City Marathon was meant to boost tourism, entertainment and sports in the state.

This was stated by Titi Oshodi, Head of Public Affairs Department, of the commission, ahead of the race on Saturday in Lagos that it was the first of its kind in the 30 years of marathon existence in Nigeria.

She disclosed that more than 1,000 volunteers for the race, adding that they would also help in the assessment of the competition.

She said that the marathon will also have a positive impact on the economic development of the state.

Oshodi also said that many elite athletes from all the parts of the world would be participating in the marathon.

She said that already, many of the marathoners have arrived on Thursday in preparation for the race, she noted that that the technical medical and indeed all logistics were ready for the competition.

Oshodi appealed with road users to bear with any inconvenience the usage of the routes will cause them.

Oshodi also said that the response received so far by the marathon was unprecedented, noting that the world record holder and other notable marathoners are enthusiastic about it.

She said have event comprises of marathoners from the U.S., Ethiopia, Uganda, South Africa and other African countries and also volunteers from outside the shores of Nigeria simply for the marathon; to assess the standard of the marathon.

Over 1,000 volunteers were trained by the Lagos State Sports Commission for the race; to complement the efforts of other officials.

She concluded by appealing to Lagosians to come out en masse to cheer the athletes and make it a huge success.