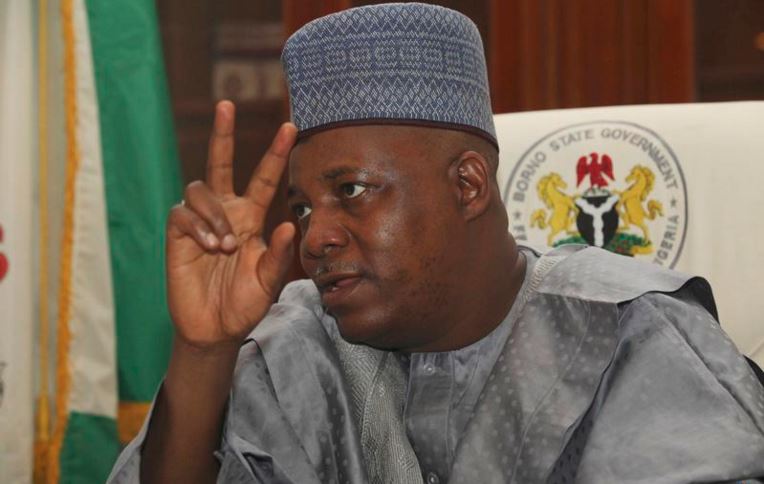 Arising from successes recorded by the Nigerian armed forces in the last seven months, ground realities do not show Boko Haram insurgents as occupying any of the 27 local government areas in Borno State, Governor Kashim Shettima  has clarified on Monday.

Shettima was reacting to remarks credited to a Senator from Borno State who was reported to have alleged that only 3 out of the 27 local government areas in the State were under the full control of the Nigerian Armed Forces, with the insurgents in full or partial control of most parts of the State.

The Governor spoke in response to questions by journalists shortly after arriving the Maiduguri International Airport ‎said. Shettima had traveled to Saudi Arabia a week ago, to lead a delegation of northern Governors for series of meetings with executives of the Islamic Development Bank in Jedda towards attracting support to rebuild the northern region. He returned to Maiduguri on Monday.

“To me, it is unbelievable that such a statement could have emanated from Senator Baba Kaka Bashir Garbai. I can’t believe he said that because as a Senator, he has access to the Chief of Defence Staff, the Chief of Army Staff, the IGP and even the Presidency and he is not the type that even speaks to the media easily, so this is why I am at a lost, I have not been able to get in touch with him yet to get his own side, to hear from him what he actually said but for now, I suspect he must have been misquoted or if he wasn’t misquoted, he must have spoken based on emotional outburst ‎and not anchored on ground realities. We cannot mix two things. There is a difference between Boko Haram insurgents seizing and occupying territories and Boko Haram attacking communities, these are two different things. In the past, Boko Haram used to come in commando styles to attack, seize, occupy communities and hold residents hostage and then administer territories, that is occupation. We no longer have that in Borno.

None of the 27 local government areas is being occupied by Boko Haram. They have all been liberated. What we have are challenges still being posed by Boko Haram to show their presence and even these attacks are done from the position of weakness and not strength. In the past, the moved with audacity and arrogance, now they move with fear just like armed robbers do in other parts of Nigeria. Our military personnel have done marvelously well under the Buhari administration and I think we can only commend them and not vilify them. Buhari has shown uncommon and absolute commitment to ending this insurgency.

Two sons of Borno, the Chief of Army Staff and the National Security Adviser are leading this fight and this goes to show the sincerity of the President. It was under Buhari that Bama, Mafa, Gwoza, Dikwa, Ngala and host of others ‎were liberated. As we speak, we are rebuilding communities, we couldn’t have started if the situation wasn’t different from what Buhari inherited from the PDP led Presidency. Look, since the end of slavery and colonialism,no evil had befallen the black man worst than the emergence of the PDP as the ruling Party in Nigeria and we can all confirm this from the manner the PDP handled funds meant for procurement of arms to equip the military and protect our citizens in the northeast. Buhari cannot clean up the PDP mess in seven months, it has to be patient driven on our parts as citizens.‎

Buhari has shown us love and empathy. Since he came, virtually every Minister has come to Borno with an agenda to heal our wounds in various aspects, we can only support the President. Then, leadership goes beyond talking without exhausting options especially when dealing with an administration that is accessible to you to seek whatever clarifications you might need. There are privileges you enjoy that deny you certain rights and there are certain rights that deny you certain privileges. As a Senator, Senator Baba Kaka has access to the Chief of Defence Staff, the Chief of Army Staff, the IGP and even the Presidency, all these accesses are privileges that one can use to seek clarification. The Senator is not the type that even speaks to the media easily, so this is why I am still wondering what has been credited to him. In the past we had a Presidency that shut it does to us, as a Governor I was not even listened to as it should have been and I have complete access to President Buhari, if there are issues I discuss directly with the President and I can assure you that with Buhari there is no deception, the Buhari I have been relating with would have been he first to open up if Boko Haram was still occupying territories in Borno, he is sincere and very accountable to Nigerians.

As Chief Security Officer of Borno state, I am telling you authoritatively that our military is in full charge but like I said, there are challenges and this is to be expected when dealing with insurgency. In 2008, less than 10 terrorists held Mumbai, a city of 20 million people for four days. Two terrorists can chase a community. The Boko Haram insurgents are now in bits but they attack small communities to cause havoc and this is taken very seriously. They are actually running away from their hides out where they are facing the fire of the military, we shouldn’t glorify them by giving them oxygen which is publicity. Publicity is the oxygen of terrorists, we must strive to deny them that so that collectively, we shall celebrate in the soonest of time” Shettima said.