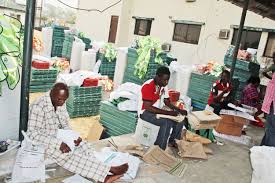 The Independent National Electoral Commission (INEC) said on Wednesday that it would prosecute under-age voters in Plateau.

Dr Godwin Kwanga, the Resident Electoral Commissioner (REC) of INEC in the state made this known in a Stakeholders’ Forum in Jos ahead of re-run elections in the state fixed for Feb. 20.

Kwanga said that the state was replete with underage voters in possession of Permanent Voter Cards (PVCs).

The stakeholders at the forum included representatives of security agencies, politicians, media and election monitoring and observer groups.

He announced that the polls would hold in Langtang South, Pankshin North and Pankshin South state constituencies.

The REC said that the menace of underage voters almost marred the last general elections in the state.

According to him, the menace produced a lot of mutilated and voided votes during the April 11, 2015 polls in Quan’Pan Local Government Area.

“Our experience in Quan’Pan showed that a lot of underage voters were having the PVCs and this led to a lot of cancellations.

“One of the underage voters, who had PVC bearing his image and the age of 36 years, confessed to INEC officials that he was only 16 years old.

“We looked the other way even when in the same elections, our tags were photocopied and massively reproduced by agents of political parties,’’ he said.

He, however, said that unlike what happened in the April 11 polls, INEC was set to prosecute any case of underage voters in the coming rerun and supplementary polls.

Kwanga said that card reader machines would be solely used for the Feb. 20 polls and that newly registered voters were excluded from participation.

He assured that INEC would provide all political parties a level playing ground and appealed to party agents not to compromise ad hoc staff into tampering with materials to stall the polls.

“I beg agents of political parties not to lure ad hoc staff to tamper with materials as it will disrupt the process.

“Once you remove the battery from the machine, it malfunctions when you replace it, and ad hoc personnel are not trained on such duties,’’ he said.

He explained that accreditations and voting would hold simultaneously between 8 a.m. and 4 p.m. as against past practices.

Akwanga announced that election in Langtang North would hold in 68 polling units and would be contested by only All Progressives Congress (APC) and Mega Progressive Peoples Party (MPPP).

He gave the names of their candidates as Jackson Ninmwang and Rinsmicit Emmanuel, respectively.

He said that Vincent Bulus of the Peoples Democratic Party (PDP) was excluded.

“Pankshin South state constituency election will hold only in Nyelleng polling unit in Fier Area while that of Pankshin North will hold in Pyabor polling unit.