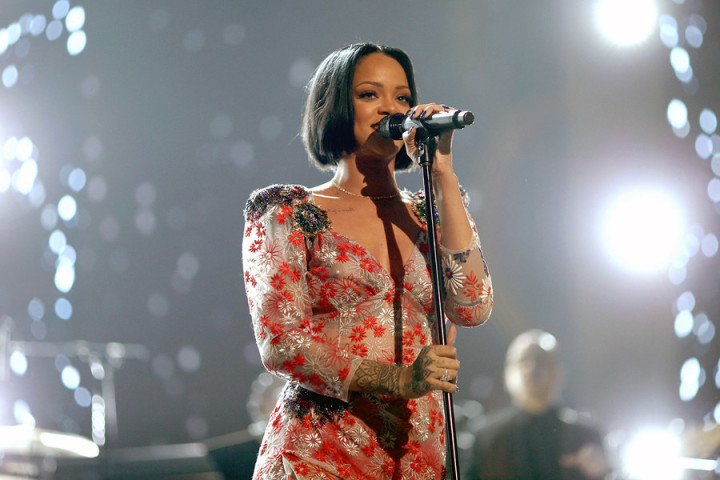 Pop star Rihanna did not appear at the 58th Grammy Awards. The Artiste canceled her performance due for Monday night’s ceremony.

The cancellation was due to bronchitis per doctor’s orders, Billboard can confirmed. She was slated to sing “Kiss It Better,” the smooch-y jam off her recent release Anti, for the 58th annual ceremony.

“Based on Rihanna’s examination after Grammy rehearsal today, Rihanna’s doctor put her on vocal rest for 48 hours because she was at risk of hemorrhaging her vocal cords,” her reps said in a statement to EW. “The antibiotics she has been on for three days did not kill the infection adequately, therefore she cannot perform safely.”

After the news, the Grammys’ official Twitter account posted a note to the singer, writing “get well soon.”

She arrived at Los Angeles’ Staples Center to rehearse her performance but did not walk the red carpet. She “killed it at rehearsal,” per a source. The last-minute cancelation comes several days after she debuted her Fenty Puma by Rihanna collection in New York City on Friday.